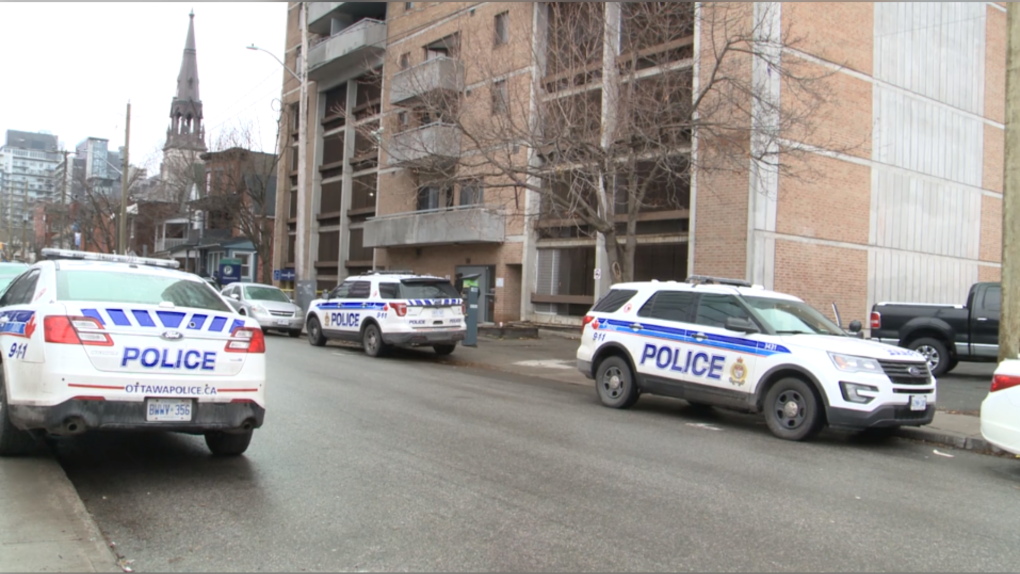 OTTAWA -- Ottawa police are investigating after a man was shot in Centretown.

A large police presence was reported near the intersection of Bank Street and Nepean Street just before 11 a.m. Saturday. At least two ambulances were also sent to the scene.

Ottawa police said in a press release early Saturday afternoon that they were called to the 200-block of Nepean Street, between Kent Street and Bank Street, at around 10:40 a.m. and found a 52-year-old man with a gunshot wound.

The man was taken to hospital in serious but stable condition.

One person is in custody but no charges have been laid.

Police tape was seen near the entrance of an underground parking garage earlier Saturday as police investigated.

Police closed Nepean Street from Kent to Bank for the investigation but told CTV News there is "no public safety issue". The road has since reopened.