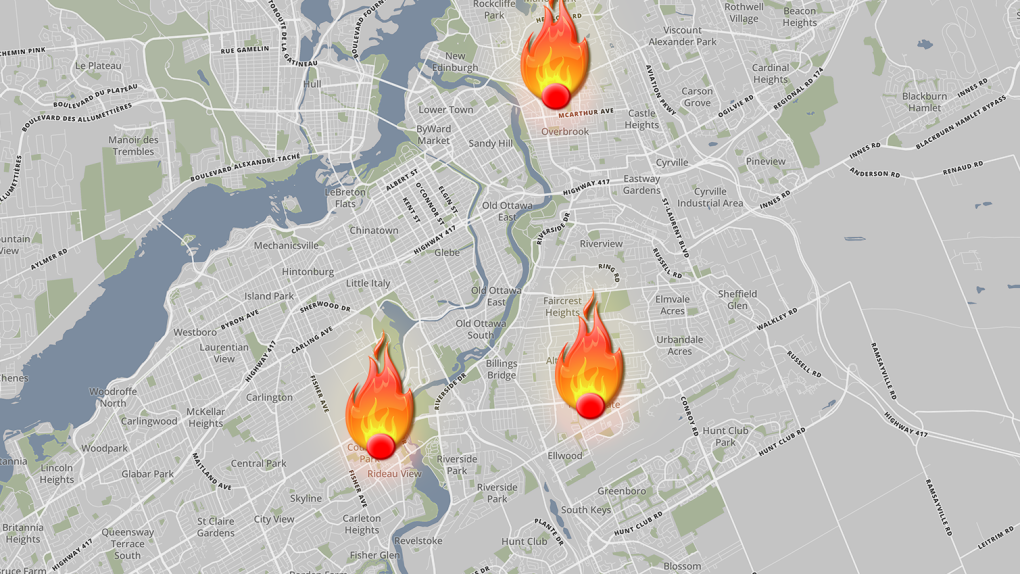 On Sunday, police and firefighters responded to reports of a vehicle fire on Dynes Road, off of Prince of Wales Drive, at approximately 2:30 a.m. Three vehicles were set on fire and severely damaged.

On Tuesday, emergency crews responded to a fire in a home on Jeanne Mance Street in Vanier. The fire caused minor property damage.

Police say at approximately 9:20 a.m. Tuesday, emergency crews were called to a residential fire on Baycrest Drive in Ottawa's Heron Gate neighbourhood. The fire caused significant damage to the basement.

No one was hurt in any of the fires.

Police say all three fires have been deemed to be arsons and are being investigated by the Ottawa Police Service Arson Unit.

Investigators are asking residents in these areas who may have video surveillance, dashcam or doorbell camera footage, or anyone with information to contact the Ottawa Police Arson Unit at 613-236-1222,  ext. 4587.