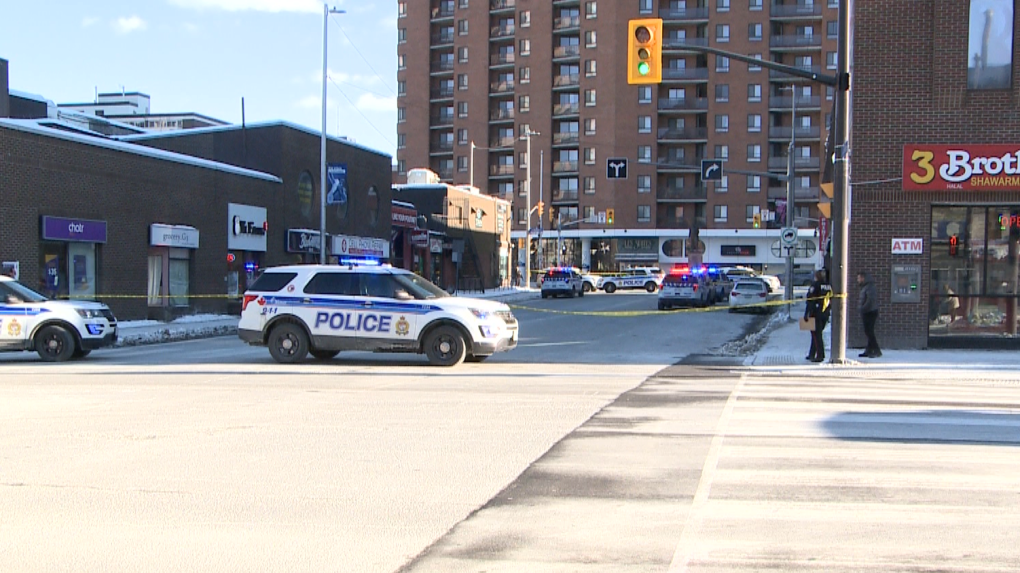 OTTAWA -- Ottawa police are looking to speak to any witnesses following a daylight shooting near Ottawa's ByWard Market.

A 65-year-old man suffered serious but non-life threatening injuries in the 400 block of Dalhousie Street, near Rideau Street, just after 3 p.m. Thursday.

The victim was treated on scene by Ottawa paramedics and transported to hospital.

Police say the shooting is believed to be a targeted incident.

No arrests have been made in the case.

The Ottawa Police Guns and Gangs Unit wants to speak with witnesses and anyone with dash camera/surveillance video footage of the Dalhousie Street area at the time of the shooting.

Ottawa Police responding to a shooting incident in the 400 block of Dalhousie Street. A person suffered serious but non life-threatening injuries. There is no suspect in custody.

Road closures are in effect in the vicinity, please avoid the area. #Ottnews