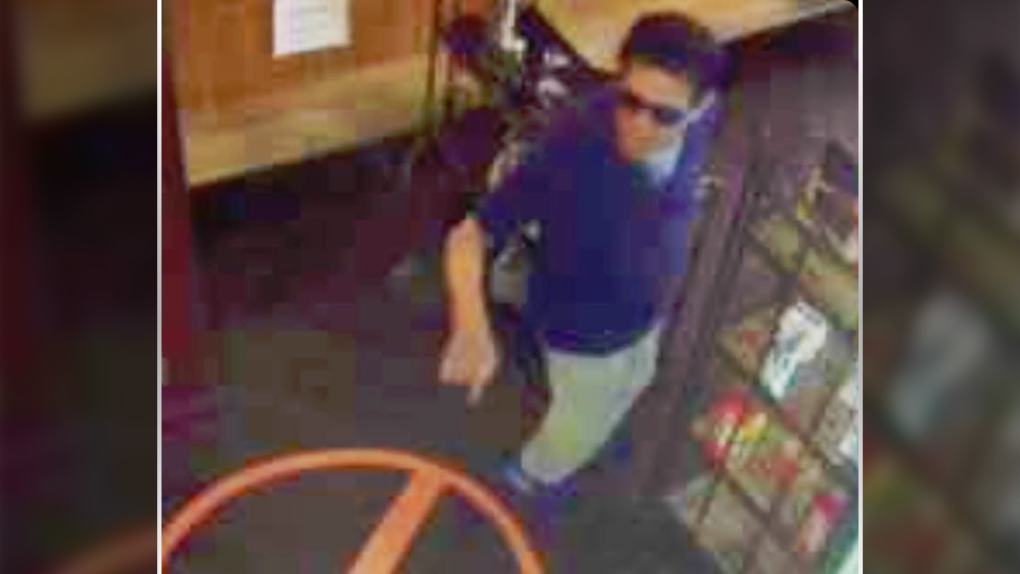 Stella Luna Gelato Cafe on Bank Street says a man spit in the face of an employee on Saturday (Photo courtesy: Facebook/StellaLunaCafe)

OTTAWA -- Ottawa Police have launched an investigation into witness reports that a man spat into the face of an employee at a  gelato shop in old Ottawa South.

The surveillance system at Stella Luna Gelato Cafe captured a photo of the man. The incident happened Saturday night at the Bank Street location.

Owner Tammy Guliani says the man pushed past people in line, moved barricades and then proceeded to spit into the face of a female worker.

The employee is now in isolation and has been in contact with a doctor for a COVID test.

The man is described as between 50 and 60 years old, and spoke French.

Ottawa Police tell CTV News Ottawa an investigator has been assigned to the case.