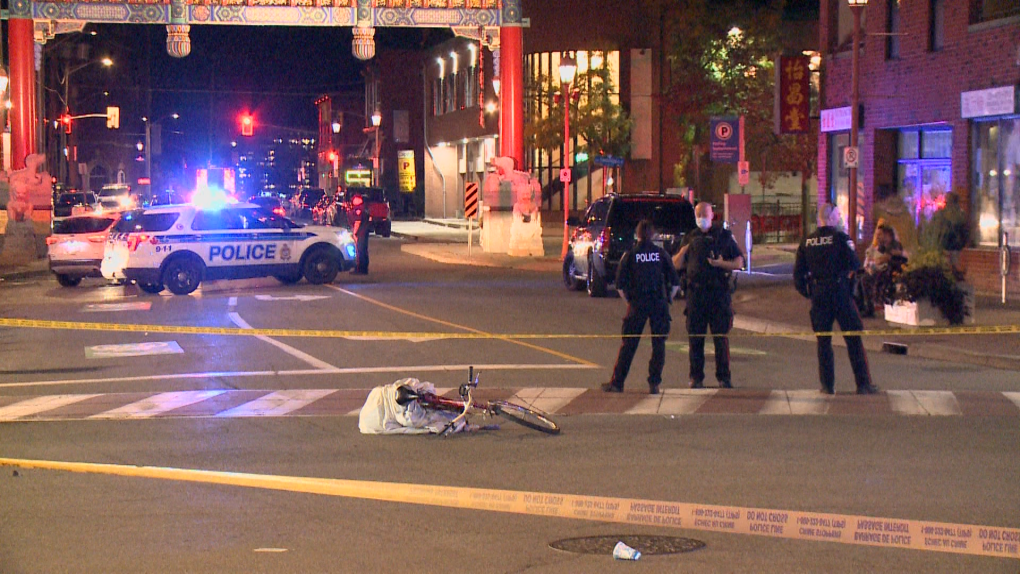 Ottawa police investigate a collision between a vehicle and a cyclist at Somerset Street W and Bronson on Tuesday, Sept. 28. 2021.

OTTAWA -- A cyclist is in serious condition in hospital after being hit by a driver Tuesday evening.

Emergency responders were called to the intersection of Bronson Avenue and Somerset Street West at around 7 p.m. Tuesday.

Ottawa police say a driver struck a cyclist. The driver of the vehicle was not injured, but Ottawa paramedics said that the cyclist, a 58-year-old man, was taken to the Ottawa Hospital in serious condition with a head injury.

Police said the vehicle involved was a black 2011 Cadillac Escalade. The bike was pink.

Witnesses are asked to contact the Ottawa Police Service Collision Unit at 613-236-1222 ext. 2481. Police would also like to speak to anyone who may have dashcam footage from the area.

Somerset St W / Bronson Ave have been re-opened. Thank you for your assistance. @Ottawa_Traffic