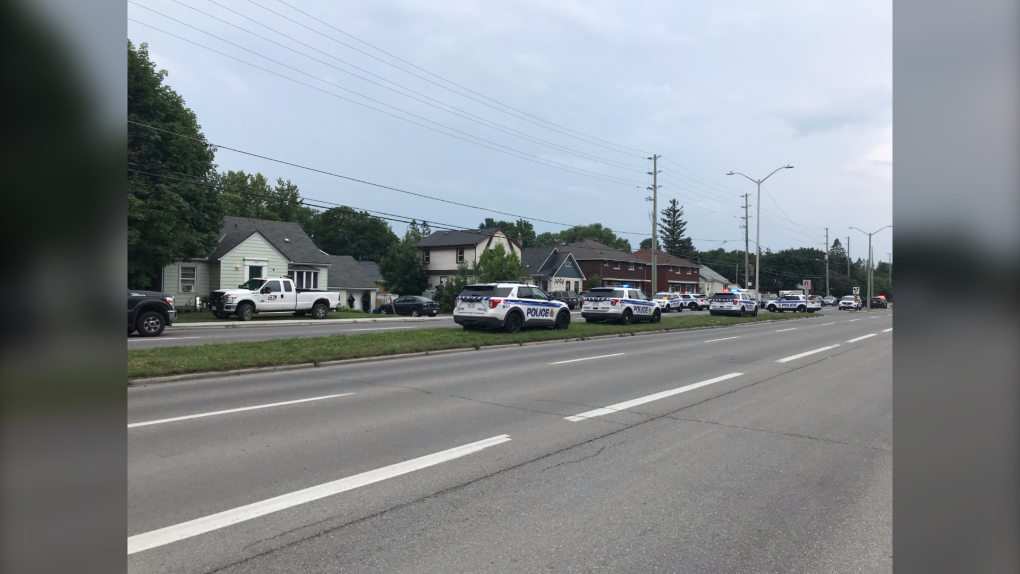 OTTAWA -- Ottawa police say Baseline Road in Ottawa's west end has reopened and officers have cleared the scene after they responded to a call for a barricaded person inside a home.

Baseline Road was closed between Merivale Road and Cordova Street for over six hours Saturday afternoon and evening as police conducted an investigation at a home in Ottawa's west end.

The road reopened just after 8 p.m., and police provided no other information about the investigation Saturday evening.

Several police cruisers were parked along Baseline Road Saturday afternoon after police responded to a call for a barricaded person. Police initially arrived at the home at approximately 2:30 p.m.

A CTV News Ottawa cameraman captured footage of officers breaking down the door of a home on Baseline Road and removing a woman from the property.

CTV News Ottawa will have the latest as it becomes available.