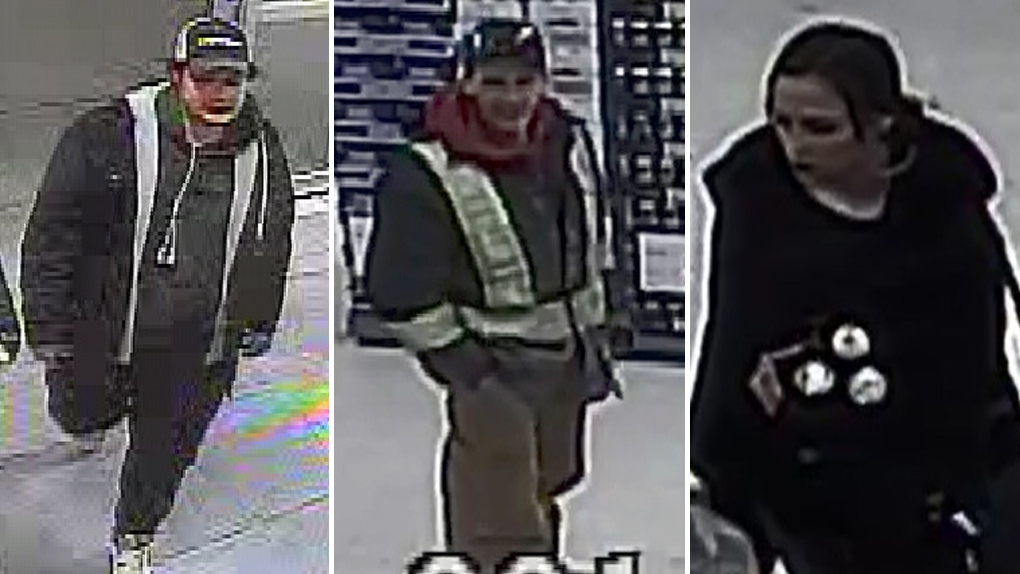 Ottawa Police are looking to identify three people involved in an assault in Kanata on March 9.

OTTAWA -- Ottawa Police are looking for three people following an assault at the Kanata Centrum Shopping Centre earlier this month..

At approximately 8:30 p.m. on March 9, a woman was having an argument with two men in the parking lot of a business on Earl Grey Drive.

Police say when a 64-year-old man approached them to see if the woman needed assistance, the two men assaulted the victim.

The victim was struck in the face with a six-pack of beer.

The woman and two men ran from the scene.

Pictures of the three suspects can be seen in the main photo of the story.