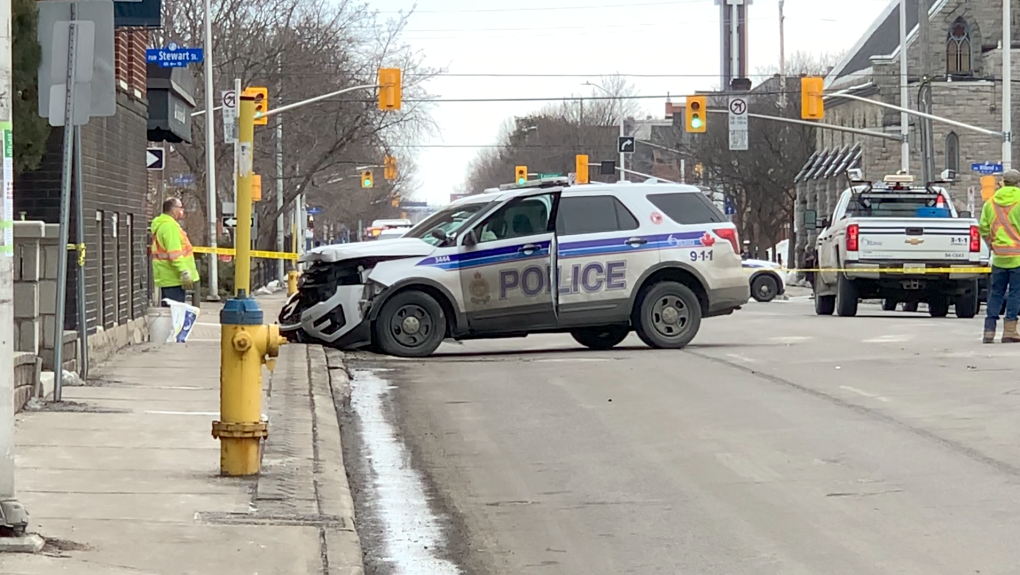 An Ottawa police officer was treated for non-life threatening injuries after a crash involving a police cruiser in Sandy Hill.

Ottawa police say a marked police car was involved in a collision at the intersection of King Edward Avenue and Stewart Street just before 4 p.m. Wednesday.

Anyone who may have witnessed the collision is asked to contact the Ottawa Police Service Collision Investigation Unit at 613-236-1222, ext. 2481.