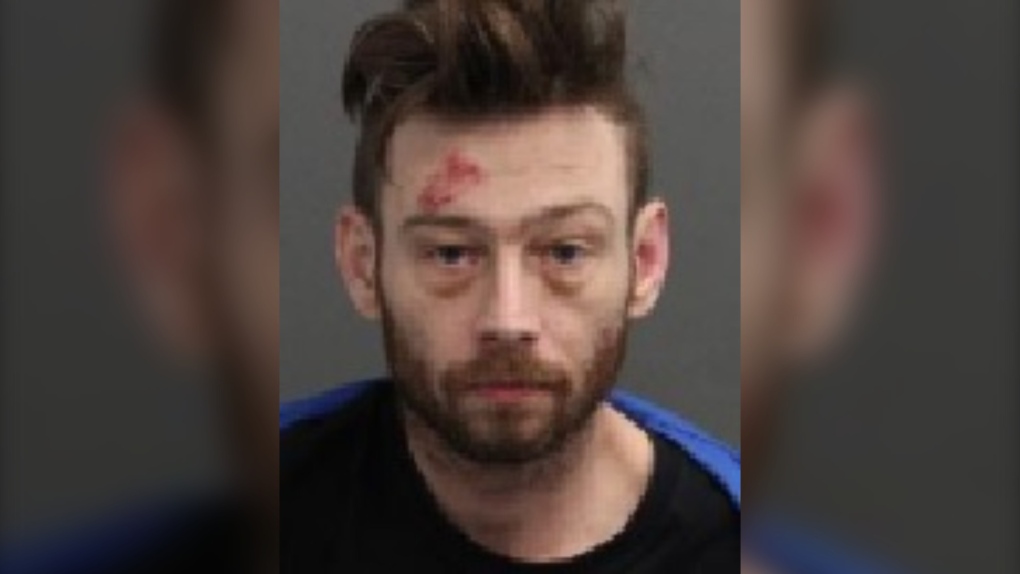 Ottawa police are asking for the public's help locating Ryan Strong, 35, who is wanted on robbery charges. (Ottawa Police handout)

Ottawa police are asking for the public's help locating a man wanted in connection with an attempted robbery in Barrhaven in April.

Police say the robbery happened in the 1-100 block of Marketplace Ave., west of Longfields Drive, on April 5. A man ran toward a woman who was waiting at a bus stop and tried to steal her purse. He broke the strap off the purse but was unable to steal it. He then ran away. The victim was not injured in the attempt.

In late April, police identified a suspect, but offered no other information.

Police now say they are seeking tips from the public on locating 35-year-old Ryan Patrick Strong.

Police say Strong is facing charges of robbery, disguise with intent, and breach of probation.

Anyone with information regarding the whereabouts of Ryan Strong is asked to contact the Ottawa Police Service West Criminal Investigations Section at 613-236-1222, ext. 2666.