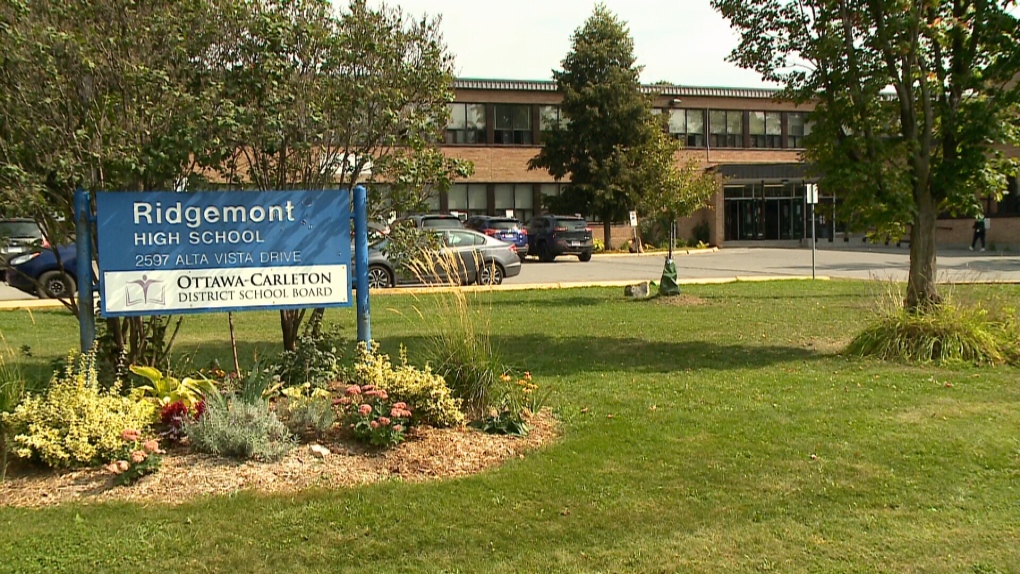 The opposition parties and the teacher's union say the government is putting students at risk; the problem needs to be fixed now.

A sip of cold water is one way Joe Fast stays cool inside his high school.  Ridgemont isn't air conditioned and these last few days have been unbearable.

“It's been super hot,” Fast says, as he drinks from the school’s water fountain, “especially upstairs in some of my classrooms.”

Yesterday, paramedics rushed to the school for a staff member who became ill, in part because of the heat.

The parent community here sent out an urgent appeal yesterday to bring in fans to help alleviate the heat a bit.  Ridgemont High School was built in the 1950's and like many in that era, circulation is poor and air conditioning doesn't exist, except in limited spots in the school such as the administrative offices and the library.”

Across town at Immaculata High School, students had similar concerns about the heat.

“It's really hot and sometimes it's hard to focus in class on the work,” says Grade 11 student Aliya Satifa.

That's prompted calls from the Opposition parties in Ontario to set a maximum temperature for Ontario schools in the event of extreme heat.

“Here we are with schools without air conditioning, with windows that can't open,” Conservative leader Patrick Brown said today in Question Period, “I don't want political spin.  Will it be dealt with? Will kids have to continue to learn in conditions that are unbearable?”

The Ottawa-Carleton Elementary Teachers' Federation says the problem is only going to get worse in the future; it needs to be fixed now.

“Excessive heat is an issue that needs to be addressed by the provincial government,”says Janet Fraser, the president of the Federation, “Why anyone expects children and teachers and other educational professionals to work in this extreme heat is beyond me. If we cannot send our students and employees to work in temperatures that are liveable, then schools should be shut down during these periods.”

But Khawla Mesmous, a grade 12 student at Ridgemont isn’t so sure about that.

“Because we're in senior year and high school is important,” she says, “I think missing a lot of classes is not ideal.”

So instead, the students are coping as best they can.

“I like to wear thin clothing, not many layers,” says Maryam Nabih, a Grade 11 student at Ridgemont, “because it gets really hot and the clothes stick to you.  Too much pressure, too much heat,” she sighs.

As for closing schools during the heat, the superintendent of instruction for the Ottawa-Carleton District School Board says that’s necessarily a solution for some students.

“There's no guarantee the students in our schools would be going home to air conditioned homes or air conditioned buildings,” says Nadia Towaij, “so in fact they might be having further exposure to high temperatures as opposed to being in a school where they can be in cooler areas.”