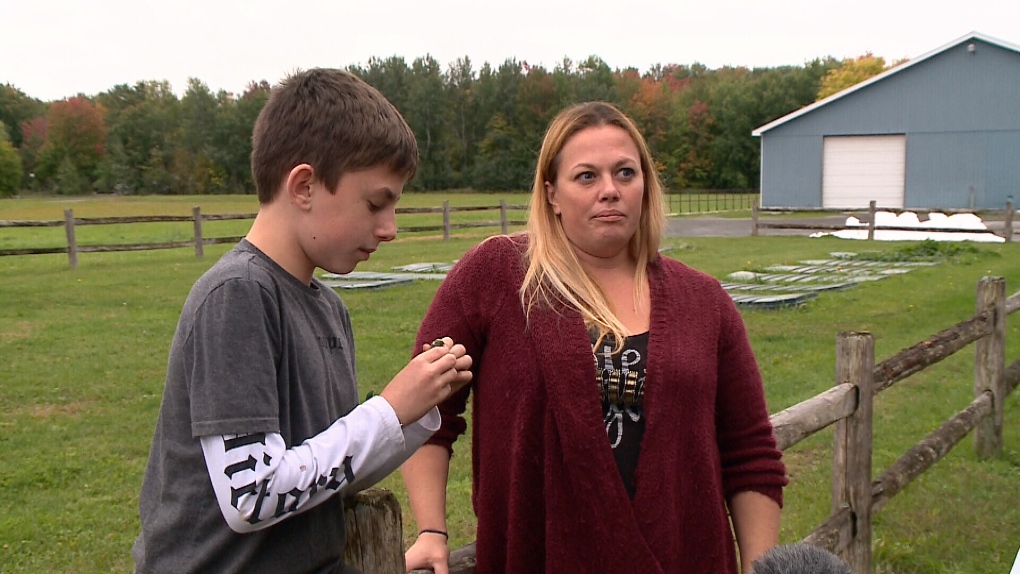 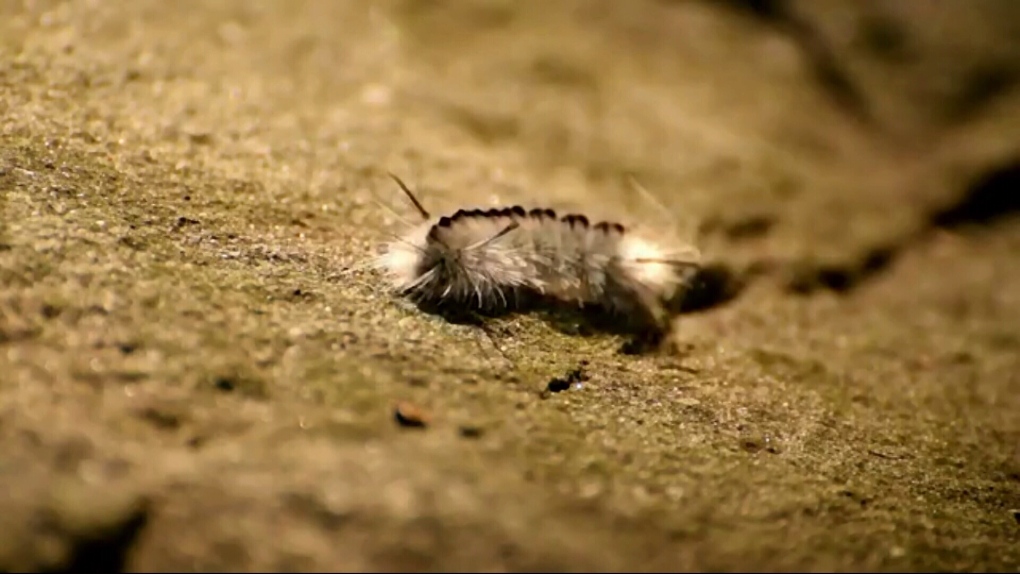 An Ottawa mother is sounding the alarm about a fuzzy little caterpillar after her son developed a severe allergic reaction. The Hickory Tussock Moth Caterpillar, which is prevalent this time of year in eastern and southern Ontario, is venomous.

What kid doesn't collect insects, especially when they're as cute and fuzzy as the Hickory Tussock Moth caterpillar. 11-year-old Leland Warren was at his Ottawa east school with his buddy last week when they found one of the little black and white crawlers.

“My friend found it and we named it Frosty the Snowman,” says Leland.

Leland brought it home with him but his mother, Debra Warren, told him to toss it in the garden.  Within hours, Leland, who has many allergies, started turning pale.

“I was feeling sick, I had a headache and in the morning, I was all swelled up,” he says, “I could barely open my eye.”

Debra Warren adds, “His eye was puffed up, completely swollen and his whole face was swollen.  He had hives all the way down his face and neck.”

His mom started googling different types of caterpillars and realized “Frosty the Snowman” was actually a venomous caterpillar.

“Some kids will get a rash almost like a burn,” says Warren, “and children who are extra sensitive can develop a severe anaphylactic reaction.”

This is the time of year these caterpillars are prevalent.  According to the Eastern Ontario Health Unit, they feed on the leaves of hickory, ash, oak,walnut and elm trees as they prepare to overwinter in a cocoon.

“Touching the caterpillars can cause a rash similar to that caused by nettles or poison ivy,” the Health Unit says in a prepared flyer.

“It is thought to be poisonous as well as venomous,” adds Dr. Jessica Forrest, a biologist with the University of Ottawa.

Dr. Forrest says the hair on this family of caterpillars can cause a rash or irritation and in rare cases, a life-threatening reaction.

“There are lots of caterpillars that can cause some level of allergic response if you're touching them,” says Dr. Forrest, “particularly hairy caterpillars so, in general, it’s a good idea to just admire them from a distance rather than pick them up.”

That's the advice Debra Warren's wants to get out and hope her son heeds it next time he encounters one.

“I’m probably not going to do that again,” Leland says, “unless it’s a non-venomous caterpillar.”