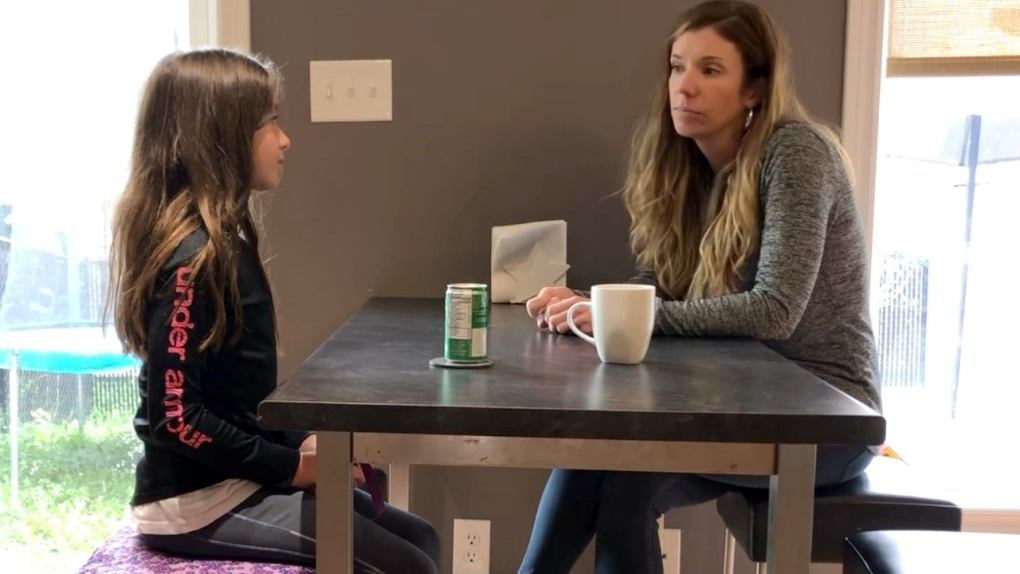 Heather Larmer and her daughter waiting for COVID-19 test results so she can return to school. (Dave Charbonneau/CTV News Ottawa)

OTTAWA -- It was a big relief for parents when the Ontario Government announced a children with a runny nose would no longer require a COVID-19 test to return to school.

But that isn't the case for Heather Larmer, who has been told her child still needs a test.

"The school is saying, 'you have to get a test.' And then the assessment centre is saying she can't have one," says Larmer.

She was denied at COVID-19 testing centres because the new rules state that a runny nose doesn’t require a test if it's the only symptom a child is experiencing.

"The school and the school board is telling me, even though the government made that announcement, their policy has not been updated," says Larmer.

In a statement, the OCDSB says, "OPH had advised that they were in the process of updating the OPH screening tool to reflect the changes regarding the type and number of symptoms needed for a child to stay home."

Larmer says she had to beg a testing centre to book an appointment for her daughter, explaining she won't be allowed back in school without it.

"Because they’ve mandated that she has to get a test, she can't return to school without it. Despite the fact that she just has the one symptom," says Larmer. "I don't really want to put my daughter through the test but I kind of feel like I don't have a choice right now."

"Some kids with just a runny nose might have COVID. But on the other hand, two million of two million kids in Ontario are going to have a runny nose," says Bogoch. "It’s not perfect. But I think a policy where people with simply one symptom and nothing else, and having very mild symptoms and having resolution of that symptom. I think its ok to pivot and to allow that in Ontario."

"Possibly the policy will catch up," says Larmer. "But I’ll still have to keep her home until I get the results of the test. And as you know, there's so many delays right now."

Now Larmer and her family can do nothing but wait. What should have been a child returning to class in 24 hours could now turn into her daughter being out for a week or more due to COVID-19 testing delays.

“We totally thought we were doing the right thing. And we got screwed," says Larmer.