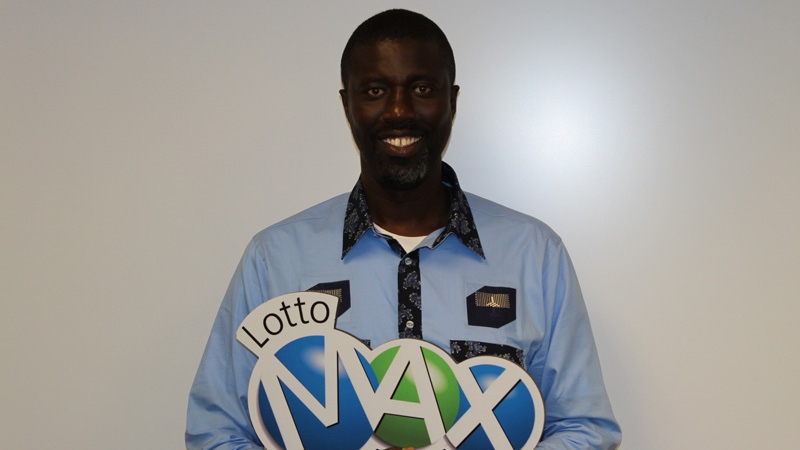 EDMONTON -- An Ottawa man got lucky in Edmonton, winning $12.5 million in a Lotto-Max draw.

Eddy Mushibuka had been working in Alberta and bought his ticket at a Safeway Gas Bar in west Edmonton in June.

But Mushibuka looked at the screen, and saw more zeros.

The retailer then told him he actually won $12.5 million.

When it comes to ideas for his windfall, Mushibuka has a few ideas, including buying a car.

"The first thing I have to do is come back to earth," he said, laughing.

"After that I'll probably buy a new home and maybe a car. Other than that I think I'll just take a couple vacations and that will be great!"