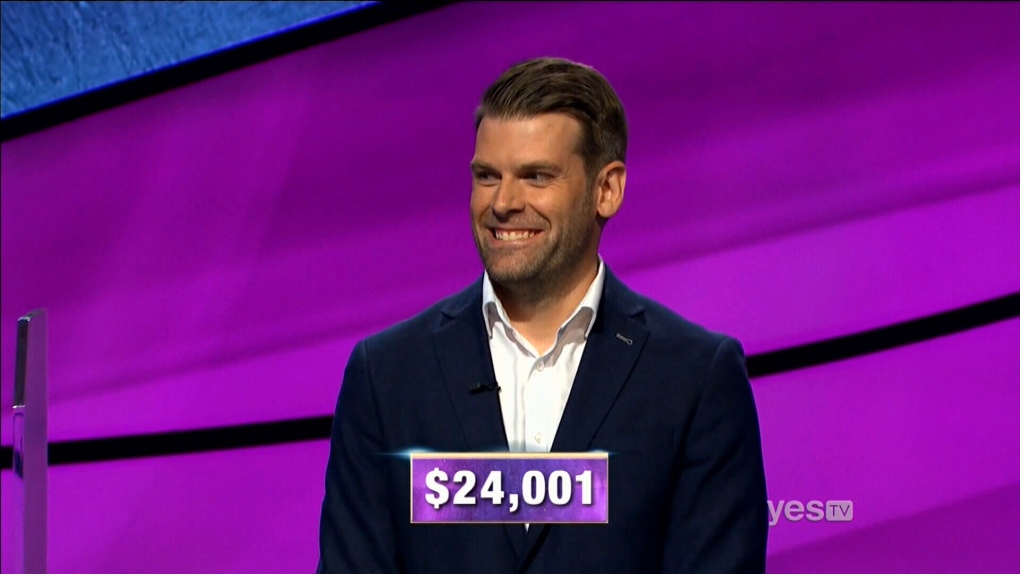 If you tried to trick-or-treat at Andrew Thomson's house on Halloween, you may have been left in the dark.

The C-PAC employee was crowned 'Jeopardy' champion on Thursday's episode of the game show. He finished with just over $24,000, after correctly answering the final Jeopardy question about author John Steinbeck. The total was enough to beat the other two players.

"You kind of fantasize about winning a bunch of games in a row and...at the other end, think you don't want to have a disastrous experience," Thomson told CTV News Wednesday night, before his episode aired.

Thomson has been watching the show all week, knowing his time was coming because he recognized some of the other contestants that he met at the taping weeks ago.

Thomson was third after the first round of questions, trailing the leader by $5,000, but launched a comeback in double Jeopardy and was leading heading into the final question. He will now defend his title and try to win some more money on Friday.