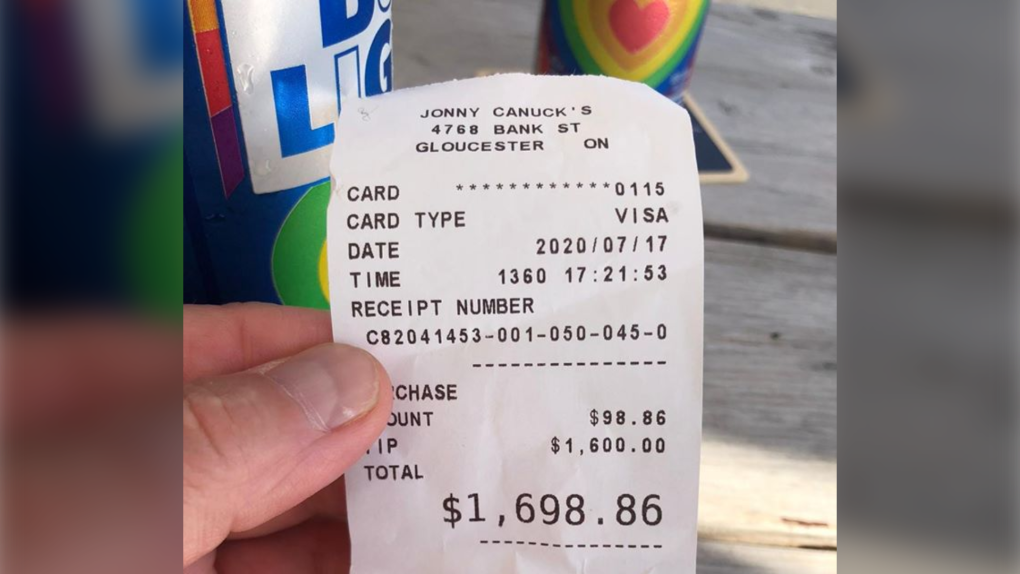 OTTAWA -- It appears there's a big tipping game afoot in the nation's capital.

On July 13, CTV News brought you the story of an anonymous customer giving $1500 to the Wellington Diner in Ottawa's Wellington West neighbourhood.

The story, it seems, inspired a regular at Jonny Canuck's in the south-end community of Findlay Creek.

In a Facebook post, the restaurant says a customer left a $1600 tip behind on Friday, the same day the restaurant was allowed to reopen its dining room as part of Stage 3 of Ontario's reopening plan.

"Ken Molnar has started a game at Jonny Canuck's Findlay Creek. He heard about the generous $1500 extra payment at Wellington Diner and wanted to keep it going!" The post says.

Lacey Harris is the server who got the generous tip on the $98 bill. She tells CTV News she couldn't believe it. 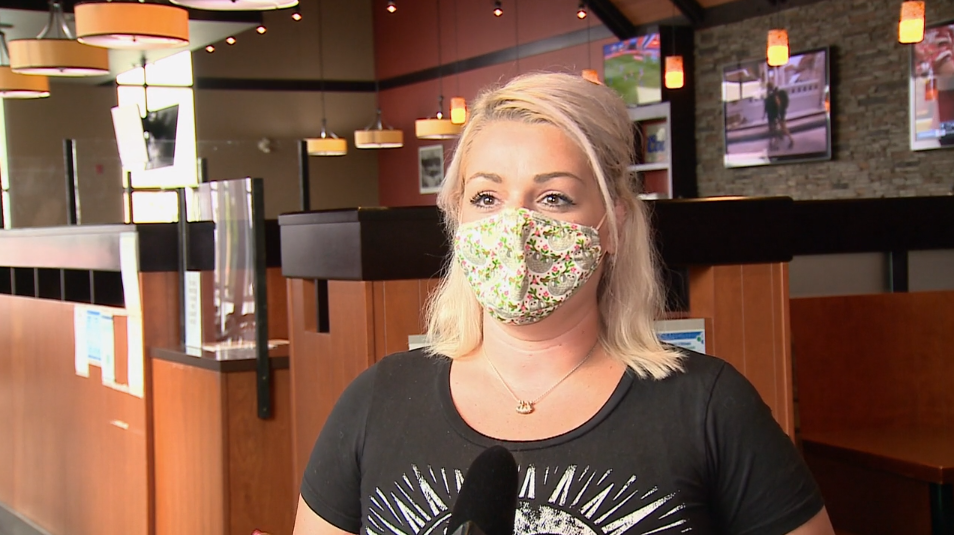 "I was in complete shock. I thought it was a joke," Harris said. "He was paying his bill and he asked me if I had heard about the Wellington Diner tip of $1500 and I said, 'Yeah, I thought it was amazing.' He replied 'Well, I’m not going to tip you $1500.' He turned the machine towards me and said, 'I’m going to tip you $1600.' He just had to one-up the guy from the Wellington Diner!"

She says when she realized he was serious, she went to get the other servers to say thank you.

"I may have said some choice words because I honest to God thought he was kidding," she said. "After I realized he wasn’t, I had to get the other team members to get in on it and say thank you and how much we appreciated him and his wife Sue. It was unbelievable."

Harris is a mother of three and says the COVID-19 pandemic has been difficult, so the tip made a big difference.

"Being off for three-and-a-half months was a real struggle, so to have that right off the bat the first day we opened up the restaurant just meant the world to us," she said.

Jessica Norman, another server at the restaurant, says the reopening has been great, so far.

"It's been pretty crazy. There's been a lot of changes, a lot of safety protocols put into place, but the community support has been unbelievable," she said. "We've been really, really busy. We've seen a lot of our same friendly faces. It's gone really smoothly, actually." 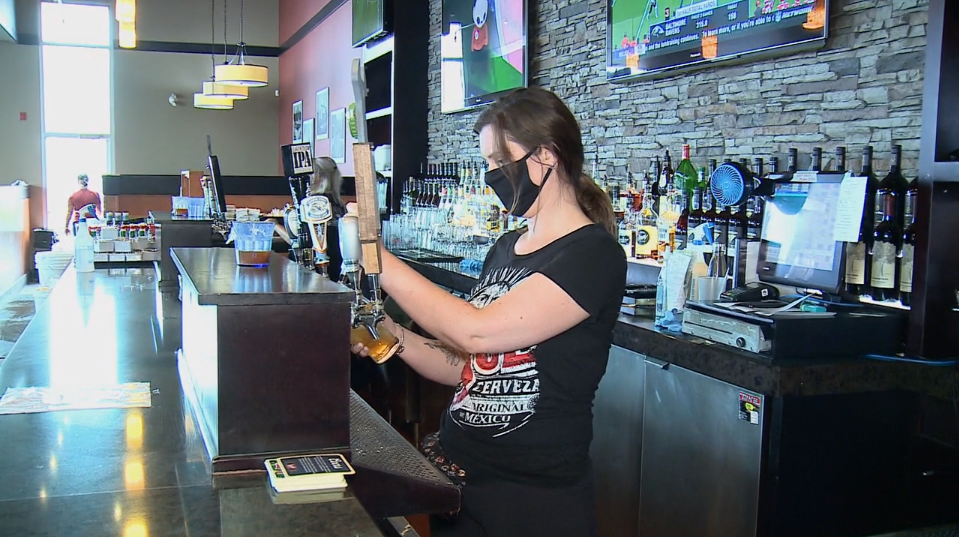 Norman says Molnar comes in "all the time" but she never expected what happened on Friday.

"We were all freaking out. It was really cool. He's always been so good to us and that just blew our minds."

Norman says the tip will be split up between the whole team, so everyone will get a bit of it.