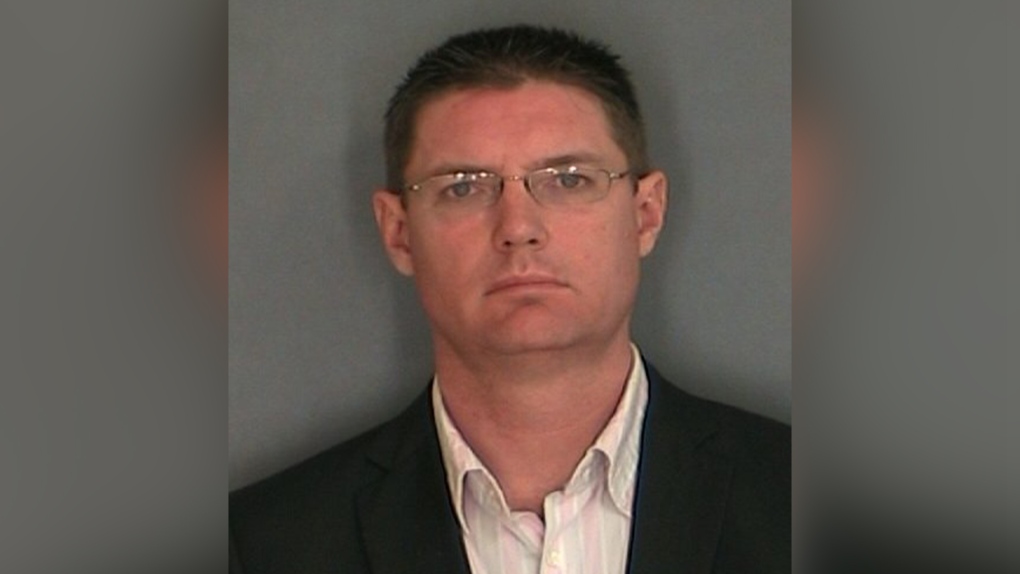 48-year-old Michael J. Hull of Nepean has been charged with unlawful surveillance after an allegedly filming females in the change rooms of an Ogdensburg, N.Y., Walmart. (Ogdensburg City Police Department)

An Ottawa man who volunteered as a minor hockey coach in Nepean has been charged after police in Ogdensburg, N.Y. say he secretly filmed women trying on clothing in an Ogdensburg Wal-Mart.

48-year-old Michael J. Hull is facing two counts of unlawful surveillance and one count of possessing a sexual performance of a child.

In February, OPP contacted Ogdensburg police about the case.

Ogdensburg police started an investigation and found that Hull had allegedly videotaped several unknown women at the Ogdensburg Wal-Mart in various stages of undress on Feb. 22, 2016.

Ogdensburg police were able to identify the victims of the alleged surveillance with the help of Wal-Mart security.

Hull was arraigned in Ogdensburg and released on $1,000 bail.