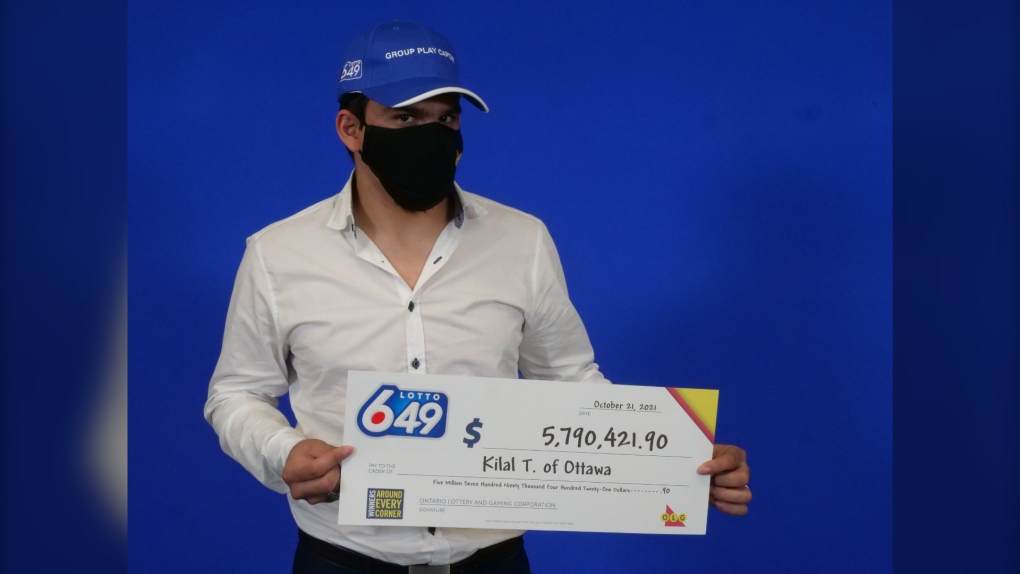 OTTAWA -- A 21-year-old Ottawa man is more than $5.7 million richer after winning a Lotto 6/49 top prize in a draw earlier this month.

Kilal Taha, a married father, said he saw a ‘congratulations’ message appear when he checked his ticket on the OLG app, but initially thought he had won much less.

“I went home and showed my wife the ticket thinking I won $5,000. It was my wife who told me it was actually a $5 million win,” he told the OLG.

He said he plans to purchase a big family home with his winnings and start his own business.

“It feels like a dream for us. It’s an unbelievable experience. This win will completely change my life,” Taha said.

An Ottawa man notched his third big lottery win in 14 years when he matched five of five cards on Poker Lotto to win $100,000.

This time around, he said he plans to travel with his children and grandchildren when it’s safe to do so.