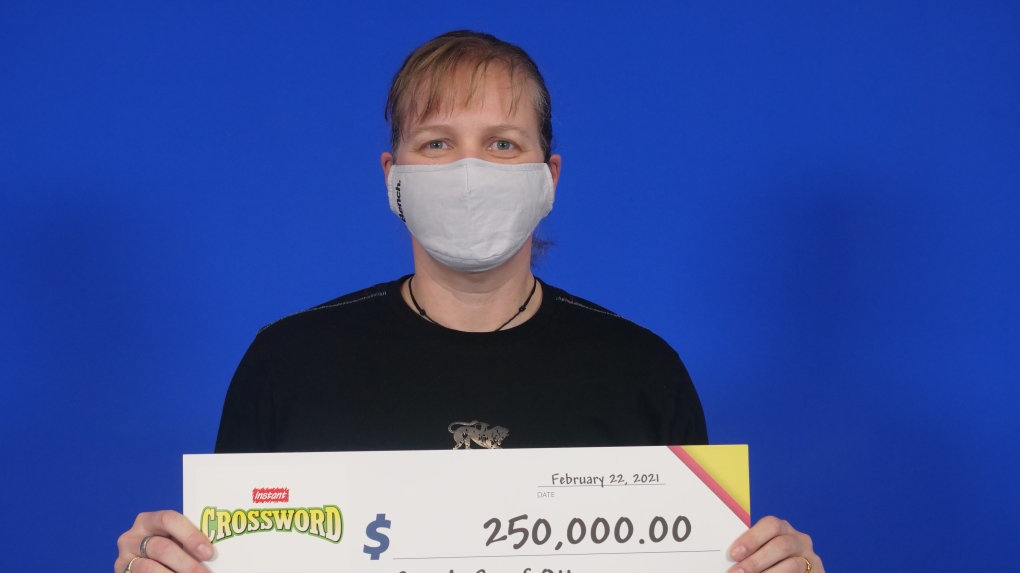 It was one of three six-figure lottery wins for Ottawa lottery players announced this week.

"I usually play the $3 Crosswords, but decided to treat myself to a $10 one," said Smith while at the OLG Prize Centre in Toronto to pick up her winnings. "When I saw I had eleven words, I thought I made a mistake somewhere along the lines."

Smith says when she went to the store to confirm the prize on the Ticket Checker, "I felt a combination of happiness and disbelief."

The 50-year-old plans to pay off her mortgage and save for a trip when it’s safe to travel again.

"I will also save some to purchase a new hot tub."

On Wednesday, Carolyn Thurber of Nepean claimed a $100,000 prize for matching the last six of seven Encore numbers in the Jan. 8, 2021 Lotto Max draw.

The retail worker won the prize five days after her 60th birthday.

Meantime, Andrew Asher is $100,000 richer after winning with the Instant Triple Play.

"I was on my lunch break from work and played my ticket. I saw that I won, but thought I won $5. When I scanned it and saw Big Winner - $100,000 appeared, I was in shock," said the 45-year-old retail supervisor. "I had to go back to work and I didn’t know how I was going to get through the rest of the day!"