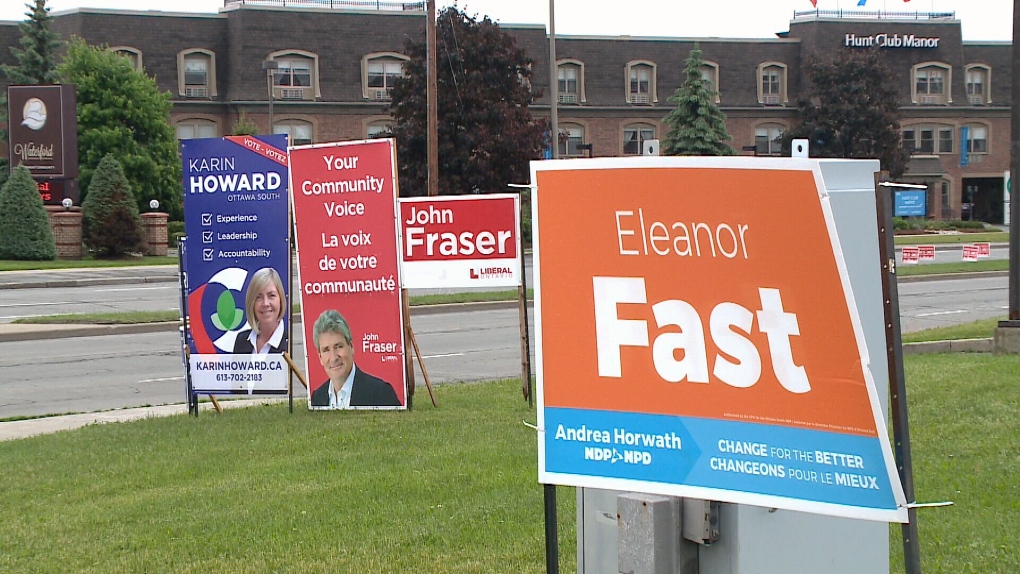 Kathleen Wynne's decision to concede defeat before the vote has thrown a wrench into the spokes of local campaigns. Ottawa ridings known for strong Liberal support could go in any direction with a few short days before the election.

So where else to find the pulse of the electorate than at a bakery, where it's all about choice and decisions, and finding out whether what you get is really what you wanted.

The Rideau Bakery has been in this little spot along Bank Street in Ottawa south for half a century.

It's a mainstay for folks like Steve Vamosi, who's been coming here since he was a kid.

“I've seen a lot of changes,” says Vamosi, “This is one of the few things to stick, very consistent.”

The same can't be said perhaps for the politics this time in this riding.

“It's a bit weird,” says Vamosi, “It's a good discussion around our dinner table anyway, where's it going, so.:

A good discussion around Rideau Bakery, too, as people file in to buy their bread and treats.

“I think the consensus is that everybody really has no idea what's going to happen,” says Louis Kardash, with Rideau Bakery, “It's up in the air but as we saw in the States, anything can happen.”

And it's not just Ottawa South. Ridings throughout the region could be up for grabs as the momentum builds for change. Right now, it's Liberal red right throughout Ottawa, with Conservative blue around.

“The one thing we do know,” says Christopher Waddell, a professor of Journalism and Communications at Carleton University, “is that at the start, people said they wanted a change and they're going to get a change. What change that will be, we will have to see.”

Whether that change will come at a cost for the Liberal incumbent in Ottawa South remains to be seen.  This has been a stronghold for Liberals in the past couple decades, once the Conservative stranglehold fell.

“Our internal tracking shows that this is a close race between us and the Doug Ford candidate,” says John Fraser, the Liberal candidate for Ottawa South, “That's Ottawa South.”

“We know here in Ottawa South, that it is a tight race between the Conservatives and the NDP,” says Eleanor Fast, the NDP candidate for Ottawa South.

The PC candidate wasn't available for an interview.

Back to Steve in the bakery, maybe deciding who to vote for isn't easy, but what to buy?  No problem.

For many voters, choosing who they will vote for is as easy as picking out a rye bread.

But for many more, their minds won't be made up until they're about to cast their ballot.