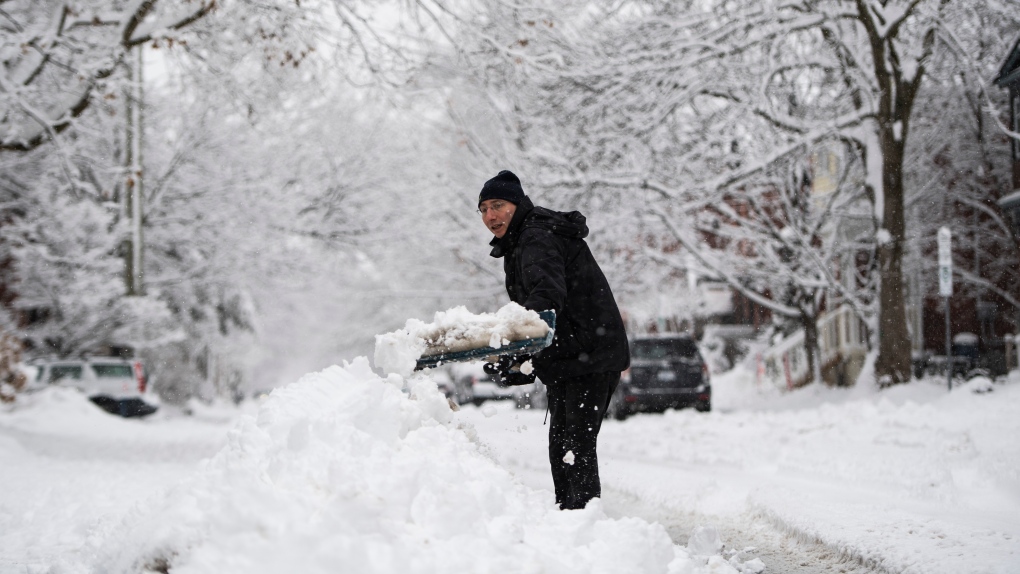 OTTAWA -- The city of Ottawa has issued an overnight parking on residential streets after a daylong storm left a fresh blanket of snow on roads and sidewalks across Ottawa.

A weather watcher reported 12 centimetres of snow in Orleans on Thursday.

The city reported between 8 and 13 centimetres of snow had fallen across the city.

"Our Roads and Parking team has been out clearing and treating roads throughout the day and their work will continue throughout the night to keep roads and sidewalks open and clear," said the city on its website. "Residents should expect a slow commute this evening and we ask that all those on the road give our vehicles space to do their work. Please stay three car lengths behind our working vehicles with their blue lights flashing."

The snow will continue Thursday evening, with up to five centimetres of snow expected.

The city issued an overnight parking ban from 10 p.m. Thursday to 10 a.m. on Friday to allow city crews to clear roads and sidewalks. Only vehicles with a residential parking permit are permitted to park on city streets during the parking ban.

During the winter weather parking ban, motorists can park at the following OC Transpo park and ride locations:

Motorists can also park at city parking garages for overnight parking during a winter weather ban.

The snowfall created slippery driving conditions across the capital.  Ottawa police reported 68 collisions as of 3 p.m.

Traffic update: 68 collisions have been reported so far today.#Drivesafely

The CTV Morning Live "live drive" camera offered a glimpse at the snowy driving conditions during the morning commute. One vehicle was left spinning its wheels in the snow.

This is the kind of commute it's been this morning (seen on Bronson Avenue by @CTVOttMornLive live drive camera). pic.twitter.com/gfH9H8oDbf

The city of Ottawa says its fleet of snowplows will be working through the day to clear roads and sidewalks.

The forecast calls for periods of snow to end after midnight. The temperature will dip to minus 8C overnight, with the wind chill it will feel like minus 13.

Friday: Becoming cloudy in the morning. Chance of flurries in the afternoon. Temperature steady near minus 6C, with the wind chill it will feel like minus 14.

Saturday: A mix of sun and cloud. High minus 11C

Monday: A mix of sun and cloud. High minus 9C