Ottawa homeowner told to tear down his car shelter 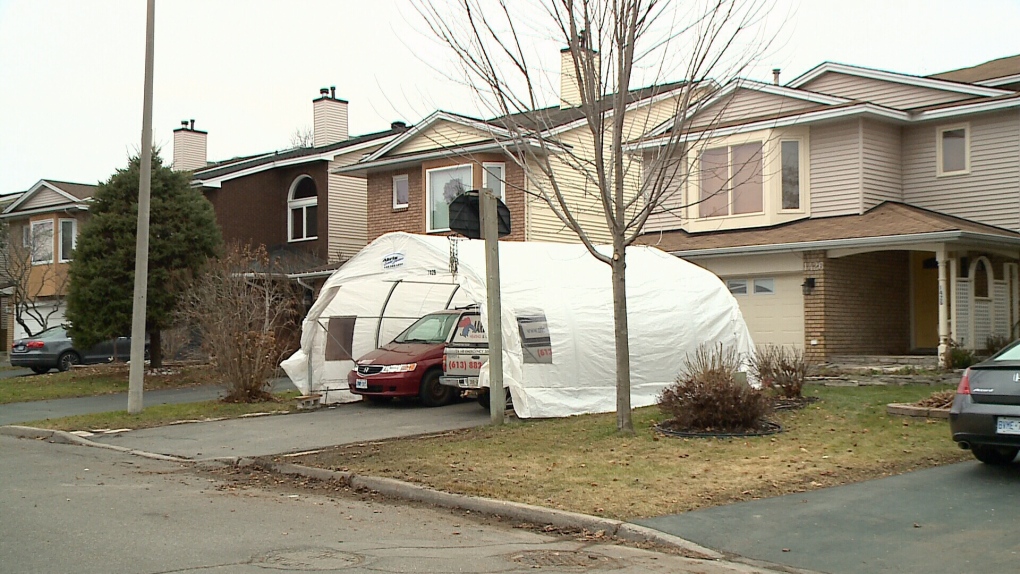 There may be no snow out there right now but we all know it's coming. With that in mind, an Ottawa man set up his temporary car shelter in his driveway. Now Doug Rochow is being told to take it down or face a fine. As far as car shelters go, Rochow’s is not a little one.  It covers his double driveway but he has set it up every winter outside his Orleans home for the last 3 years without a problem, until now.

“I got a notice from the city,” says Rochow, “apparently there was a complaint, somebody from the area complained that I guess it's unsightly. There was a bylaw notice.”

Neighbour Linda Bullard doesn’t have a problem with it, “I believe as long as it's on his own property it shouldn't be an issue.”

But it is because it contravenes a city bylaw that allows for these shelters only on the side or back of your house, not the front. That’s not good news for homeowner Hank Roelofs, who also has a car shelter on his driveway.

“There’s not really any room in Orleans to put it on the side of your yard or your back yard,” says Roelofs, “and there no space between the houses either.”

So, Rochow has been told to take it down or face a minimum $500 fine.

“The notice tells me to take it down by today,” he says.

Rochow is trying to fight it from an environmental perspective, arguing to the city that the car shelter keeps snow and frost off his car and means a lot less idling in the wintertime.

Rochow has the support of his city councillor, Bob Monette, who has raised this issue in the past.

"I would like to see more flexibility (on this bylaw),” says Monette, “We do have seniors in our community that would make it more accessible for them if they have a car shelter. We also have people with physical disabilities who don't have garage. That's a way for them to stay at home and have their vehicle covered properly in the winter.”

There are safety concerns.  Nearly 10 years ago, a 21-year-old Val-des-Monts woman was suffocated after her car shelter collapsed and she was smothered in snow.

Rochow says he's always careful to clean the snow off

He says parking in his garage isn't an option but neither is a $500 fine.

“I'm a law abiding citizen,” says Rochow, “I will do what I have to do but I would much sooner try to convince city to change this.”