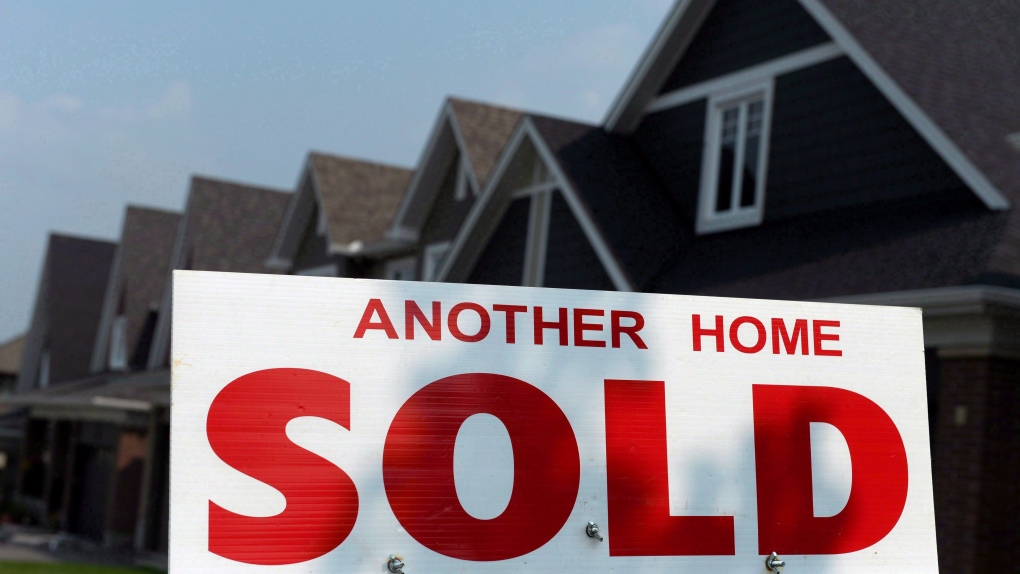 A for sale sign displays a sold home in a development, in Ottawa, on July 6, 2015. (THE CANADIAN PRESS/Sean Kilpatrick)

The average price to buy a new home in Ottawa in expected to fall two per cent in the final months of the year.

Prices are estimated to fall two per cent in Ottawa in the September to December period, while the number of homes sold is expected to drop three per cent.

The report says Ottawa's housing market is expected to "regain balance in 2023", but low inventory will continue to place upward pressure on prices.

Re/Max Canada's report says home prices are expected to fall five per cent in Kingston over the final few months of the year, while the number of homes sold will drop 10 per cent.

Across Canada, the national average home sale price will fall 2.2 per cent over the final few months of the year, according to the report.

A new list by OpenTable shows the 100 "most beloved" Canadian restaurants in 2022, based on more than one million reviews.

A woman is dead and another has serious injuries after a stabbing at High Park subway station in Toronto on Thursday afternoon.

Canadian tourists may not be able to claim trip cancellations to Jamaica amid violence on island, travel expert warns

Despite Jamaica’s prime minister recently declaring a widespread state of emergency following a surge in gang violence and murder on the island, a travel expert warns that Canadian travellers may not be granted cancellation claims for travel insurance policies.