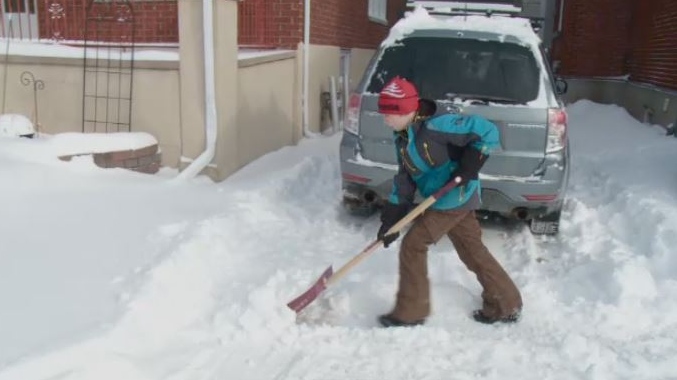 OTTAWA -- A record breaking snowstorm and a Frostbite Advisory marked the “dead of winter” for the national capital region.

Environment Canada Senior Climatologist David Phillips tells CTV Morning Live that the Saturday, Sunday and Monday period is considered the “dead of winter”, where the temperatures really bottoms out.

Phillips says the “dead of winter” is calculated based on where the average temperature hits the lowest point. Statistically, the area of January 18th to 20th is considered to be the lowest/coldest point of winter for Ottawa.

“If you don’t like winter it’s actually a good moment, because you can say there is more winter behind you than ahead of you,” Phillips said. “Every day gets marginally warmer than the previous day.”

Phillips notes the dead of winter can vary from year to year. Last year, the period with the lowest temperatures came at the end of January.

Ottawa received a record 14.3 cm of snow on Saturday, setting a record for greatest snowfall on January 18th.  Ottawa Public Health issued a Frostbite Advisory for Ottawa on Sunday night, as the wind chill dropped to -28.

Ottawa has received 105 cm of snow so far this winter, which Phillips calls the "normal amount."

Looking at the temperatures, Phillips said “it hasn’t really been that cold.” Ottawa has had three days with temperatures below -20C, compared to a normal winter of nine days before -20C.

Canada’s top weather forecaster predicts the rest of winter will be “a little cooler than the first half.”

Phillips tells CTV Morning Live it won’t be “dramatically” colder, but it will be “a little cooler in the second half of winter but certainly not too far from normal.”