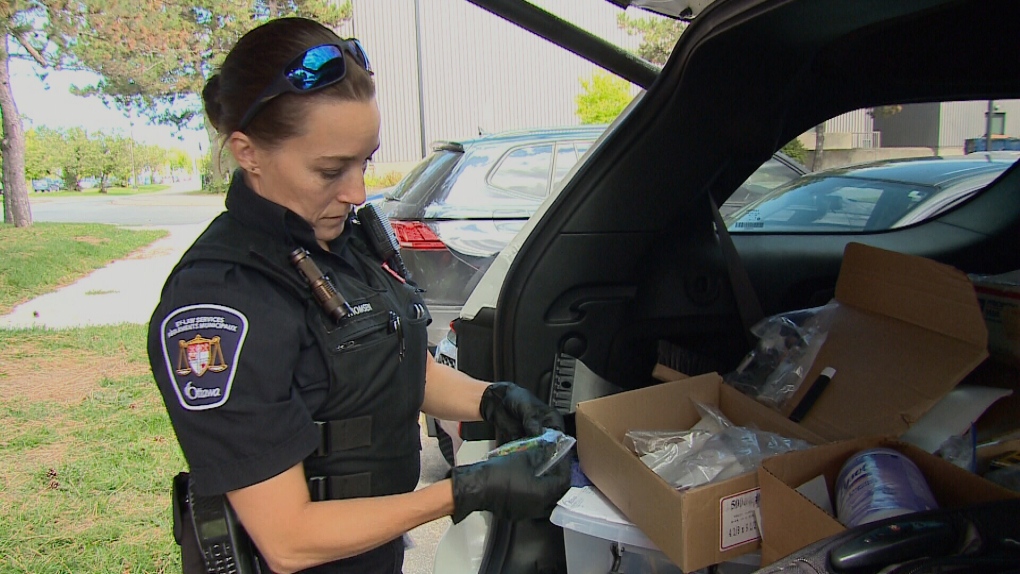 Another vaping-related death in the U.S. has prompted health officials on this side of the border to demand urgent action.

Six people have died from a lung-disease linked to vaping hundreds more are ill.

An Ottawa doctor saysHealth Canada has been caught flat-footed on this issue.

Health officials in Canada aren't aware of any Canadians who are ill or who have died as a result of vaping but that doesn't mean they're not out there.

For now, there's a concerted effort on the parts of many to stress particularly to young people just how dangerous vaping can be.

“We even have one in here that was taken off a 12-year-old,” she says.

Vaping isn't allowed anywhere on school property and those under 19 aren’t allowed to buy it.  But Thomsen says it's become such a huge problem that they've laid triple the amount of fines in one year alone:  $305 if you’re caught vaping or smoking where you’re not supposed to and $490 if you’re caught sharing or supplying.

“Before we would give the students leeway,” Thomsen says, “Now we're cracking down on it because we've got kids who would never have picked up cigarettes that are now really addicted to this habit;  it’s easily accessible for them.”

Addiction is just part of the problem.  There's a growing concern over unexplained illnesses and deaths in the United States potentially linked to vaping.

“We are looking at vaping very strongly,” he said, “Children have died, people have died.”

It's something Ottawa's Medical Health Officer will ask of the Board of Health on Monday, along with a recommendation to require plain and standardized packaging on vaping products.

“We had success in the world of cigarettes,” says Dr. Vera Etches, “We are looking for the same approach when it comes to vaping; limit the flavors.  That can have an impact on whether youth try vaping or not.”

“Health Canada does have capacity and ability to declare a public health emergency and on that basis to take action quickly and that's something that should be considered at the present time.”

"increase awareness about the harms and risks associated with vaping products,” it said in a statement.

But it may take more than that to convince a population of vapors to put the vape pens down.

“It's not scaring me yet,” says University of Ottawa student John Park, who vapes, “but maybe some time in the future, yeah.”

The Centre for Disease Control in the U.S. says there's no conclusive evidence as to what's killing people but in the meantime, they're recommending people not vape until they know for sure.