Ottawa gym owner building obstacles after overcoming a lifetime of them 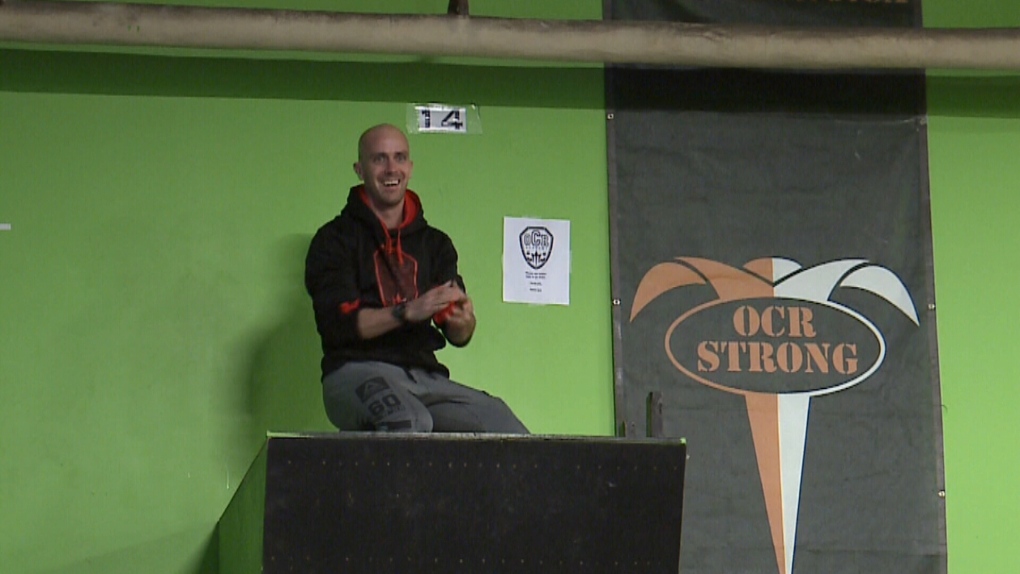 Joshua Styles at the OCR Academy.

From encountering obstacles to building them.  An Ottawa man has turned the tables on the adversity he faced in his youth by constructing one of Ottawa's only obstacle course gyms.

If you had asked Joshua Styles a few years ago where he'd be today,  an obstacle gym on Morrison Drive was nowhere on the radar.  The OCR Academy is full of active, happy kids today, a reflection finally of his own state of mind.

Styles grew up as a foster kid with no direction and no self-worth. He started stealing, doing drugs, went to jail and at one point, was suicidal.

But his dog Buster interrupted his plans.

“I had a bottle of Jack Daniels, a bottle of pills,” he recalls, “and I was sitting on my bed and I was looking at them and I was ready to go. But then my lab retriever Buster came into my room and put his head under my hands and broke open my arms and then, all of a sudden, there it was.  That was my purpose.

When you hear people say a dog saved their life, he really did save my life.”

Styles got his act together and started running, then competing in Spartan Races, encouraged by his mentor and father figure, CTV's Max Keeping.

“In my years of drinking and doing drugs, it never took me anywhere but when I found fitness, it brought me to other places.”

So, two years ago, he opened the OCR Academy at 1140 Morrison Drive to try to bring adults and kids to other places as well.

“It's fun,” says 7-year-old Paige Fuller, “it can build up your muscles and wear you out easily.”

“I like running off the ramp over there and jumping off it,” says 9-year-old Hannah Campbell.

24-year-old Emma Harrison is there, too, doing a fitness workout to prepare for an upcoming Spartan Race.

“Here you get to stay young, be a kid forever and it's a lot of fun,” she says.

“He really put his heart and soul into getting this place up and running,” adds 24-year-old Andrew Olejarz, who is joining Emma in her workout, “and the whole motto of pushing yourself and becoming a better you, it really ties into his philosophy of life.”

That’s something Styles says Max taught him.  And it’s a lesson he never forgot.

“He would say try and make your community better but in your own way and the fact that I get to try to do that, that's pretty cool.”