OTTAWA -- An Ottawa-based group is stepping up to help the people affected by the blast in Beirut, Lebanon by collecting and shipping life-saving supplies.

A massive explosion on Aug. 4 devastated the Lebanese capital, destroying much of the city's port and killing at least 180 people.

“There’s an urgent need right now in the hospitals,” says Mahmoud. “They’re running out of supplies, it's really, really dire. They need a lot of medicine, a lot of equipment, so we’re trying to fulfill that need right now.”

Thousands of outfits of protective masks and gowns will be loaded onto a plane this week, sent directly to Beirut for front-line workers in need. Lebanese hospitals will pick up the equipment themselves when it arrives, to help speed up the process.

Operation Ramzieh are also sending other supplies that are in high demand like cancer medicine for sick kids at a children’s hospital, along with 5,000 toys.

Other local companies have also volunteered their time to help in any way they can.

Rick Kumar, president and CEO of Multicraft, is making a big contribution to the cause.

Abad Hamam, president of Dragona Flooring, is handing the logistics.

“As the donations come in, I put them together and get them to Toronto in our warehouse. From there, we get them to the planes and we can get to Beirut as fast as possible,” says Hamam. 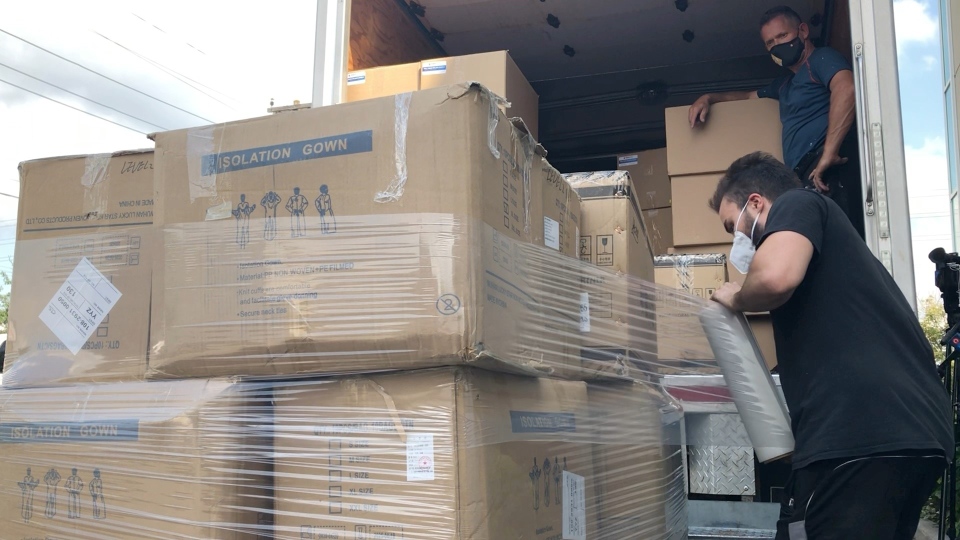 Operation Ramzieh will be working as hard as they can over the next few weeks to make sure that the hospitals in need get what they need.

“There’s seven hospitals that were directly affected by the blast in Beirut. Three of them got destroyed pretty badly,” says Mahmoud. “They’re in urgent need of medicine and supplies. So, they’ve sent us a list of what they need. We can't fulfill it with one or two planes—it's going to be an ongoing process—but we’re going to try to get them as much as we can as quickly as we can.”

For anyone interested in helping, they have set up a GoFundMe page and are taking donations that will go directly to this cause.