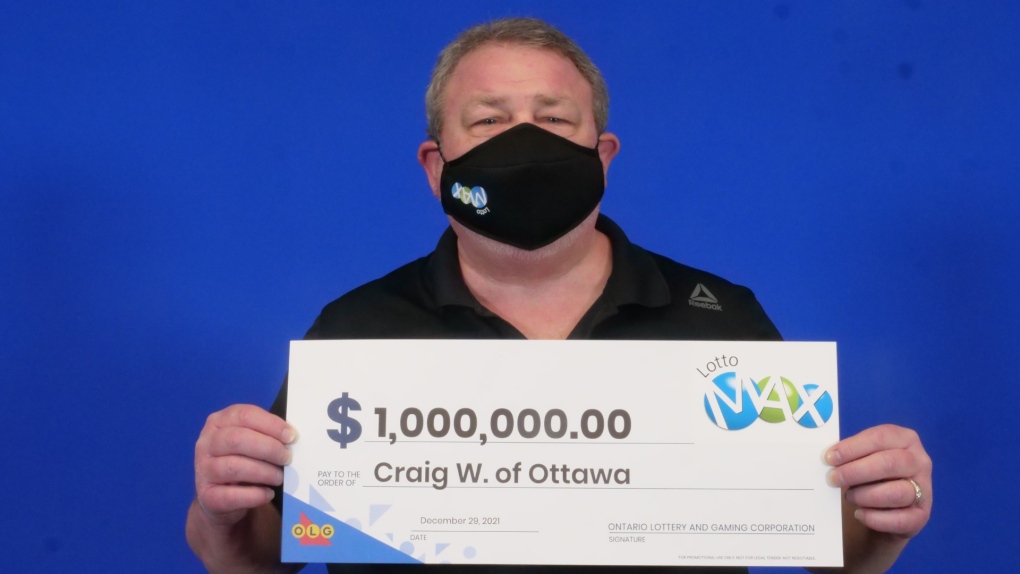 An Ottawa grandfather has been identified as the winner of a $1 million lottery prize in December.

The Ontario Lottery and Gaming Corporation (OLG) had announced that a $1 million Max Millions ticket was purchased in Ottawa for the Dec. 17, 2021 Lotto Max draw. In a press release Tuesday, OLG identified the winner as Craig Wheeler.

"I scanned my ticket using the Ticket Checker and then got my wife’s attention. She thought it was just an advertisement until the cashier told her several times that it was real," the 62-year-old said. "It also took my kids a full day to believe me!"

Wheeler says he plans to pay some bills, make some charitable donations and possibly buy a new car.

Also announced Tuesday was a $100,000 Encore win for a Kingston man.

OLG said Kevin Knapp won the prize on Dec. 3, 2021 by matching six of seven Encore numbers on a ticket.

The 53-year-old says he plans to save his winnings.