OTTAWA -- Standing just taller than the folding plastic table behind her, Charlotte Kwavnick is dwarfed by the two table spread.

They are piled high with bags filled with socks, underwear, and gloves.

The quiet eight-year-old girl smiles when she speaks about it.

"It made me feel really happy," Charlotte says.

Despite her young age, Charlotte and her mother raised over $800 for the Tom Brown Arena, one of Ottawa’s three Winter Respite Centres for the homeless.

Charlotte got the idea after her mother took her to donate leftover pasta to the homeless during the Christmas holidays.

Immediately, Charlotte wanted to do more.

"She asked where other people go and I told her there's a new arena that was turned into a shelter and I know that they need things, should we start something? And she said yes," Jennifer said.

After two weeks of fundraising, donations from 32 families, and a little from mom, Charlotte donated $950 worth of clothing.

It added up to dozens of sweaters, jackets, and over 100 pairs of fresh socks and underwear. 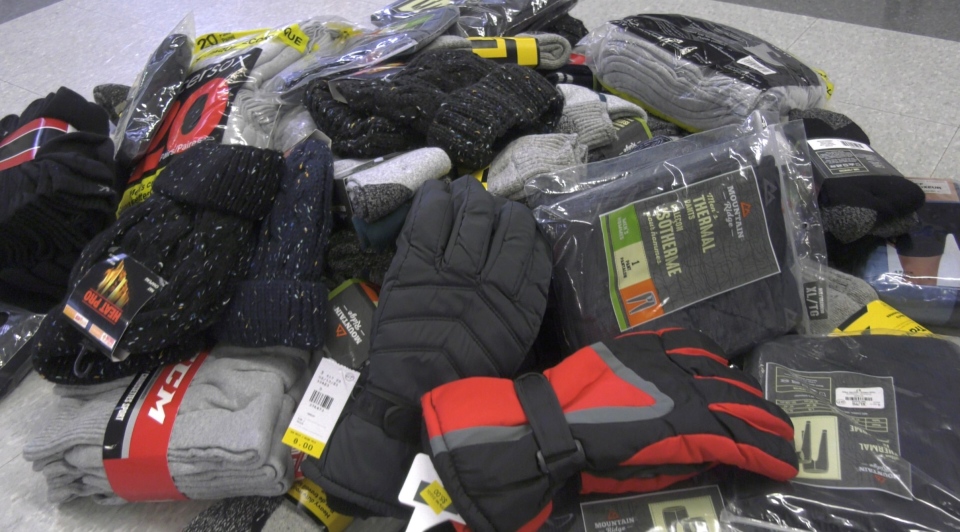 "I feel that everybody should have a place to stay and feel comfy and safe and feel really like happy," Charlotte said.

Jennifer says she’s amazed by her daughter for taking on the initiative herself.

"I'm super proud of Charlotte. I actually don’t think she gets the full scope of what she’s done. But for her to start at age 8 I think is so remarkable," she said.

The donation shocked those working at the city’s Winter Respite Centres.

"We’re so blown away by the generosity of the whole community, for it to come from a child is just heartwarming," said Chrissy May, Operations Lead for the Ottawa Winter Respite Centres.

"To think of the respite centres it’s truly heartwarming and really will have such an impact on the clients that use this centre," May added.

Charlotte says she’s proud of what she accomplished, and hopes to continue helping people.

"[I want to] keep on doing it my whole life," Charlotte noted. 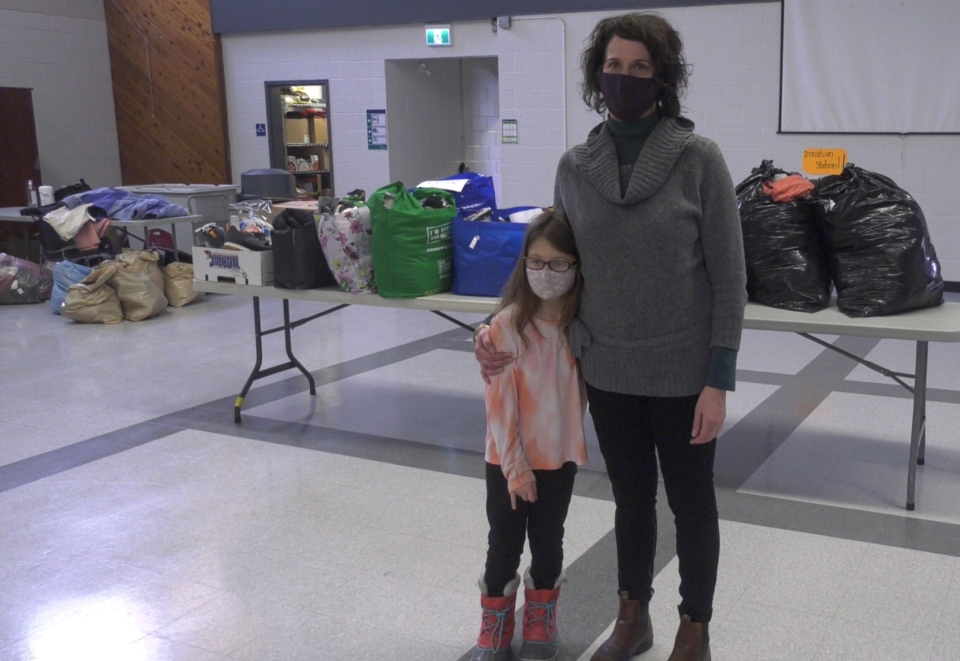 Her mother is supportive, even if she’s not sure what that future entails.

"I will take her ideas and we will run with them. I'm sure some will be great, some will flop, but that's the world of fundraising," Jennifer said.

Charlotte says she wants to help homeless youth in the future, although she’s still planning how to do that.

The respite centres say even though Charlotte’s donation drive is over, they still need donations from the public.

Those wishing to help can contact the centres directly.