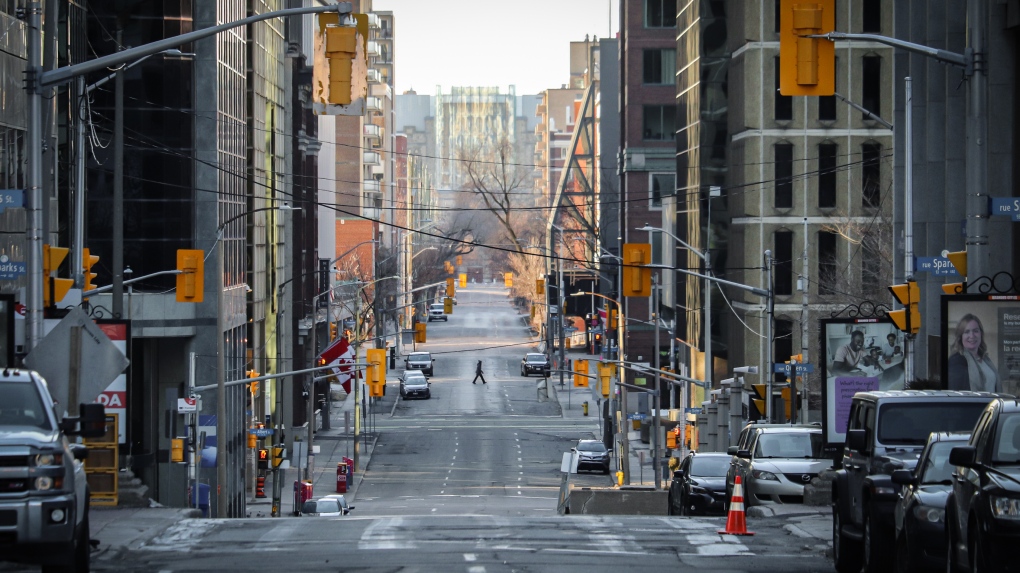 It has been well documented that downtown Ottawa and downtown Gatineau have seen fewer workers in the office towers that employ large swaths of federal public servants after their jobs transitioned to remote work when the pandemic struck, but now, the Canadian Chamber of Commerce has put figures to the local observations.

The study, leveraging cellphone location data gathered by Environics Analytics and cross-referenced with Statistics Canada data on employment, shows significant decreases in the number of workers commuting into the downtown core in September 2022 compared to January 2020, just before the pandemic began.

Ottawa has seen a 45.1 per cent drop in downtown traffic, while Gatineau saw a 74.7 per cent decrease, ranking it last among all downtowns across Canada included in the study. Ottawa was 49th out of 55 cities cited in the report.

“Generally, the distribution that we had before, in terms of industries, is more conducive to remote work. So, that’s part of what you’re seeing is people working remotely,” he said. 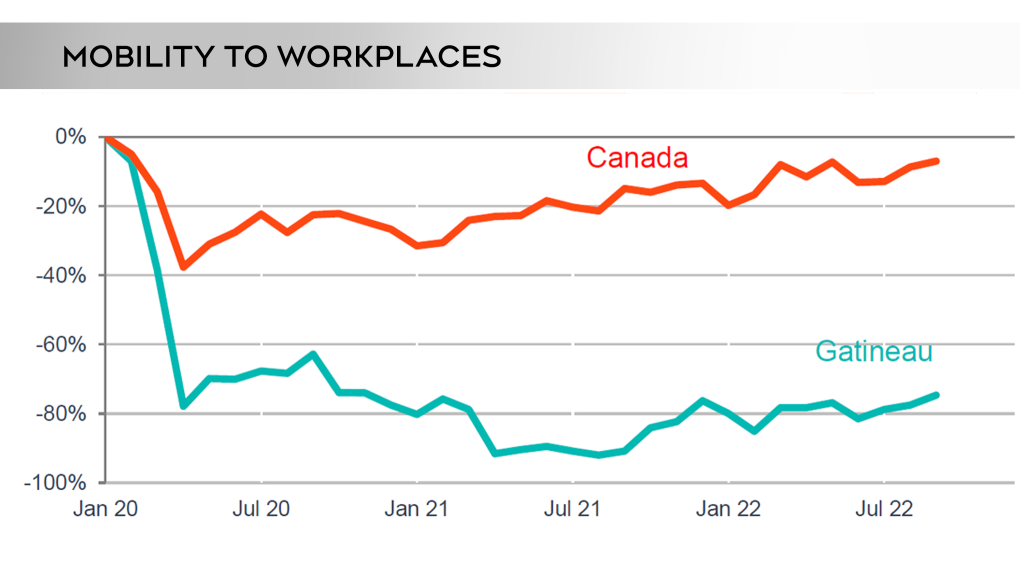 The decline is not universal, however; smaller towns and cities outside of Ottawa are seeing increased traffic, Tapp said.

“Places like Arnprior, Carleton Place, even Cornwall, places like that are actually busier than they were before the pandemic,” he said.

Downtown Kingston, for example, saw a 27.5 per cent increase in overall traffic, according to the study. Carleton Place was up about 7 per cent and Arnprior saw 21.7 per cent growth. Cornwall’s downtown was down 8.1 per cent, but that suggests it is still seeing a greater return to downtown traffic than Ottawa-Gatineau.

“I think what’s happened is you see all these knowledge workers, particularly those with kids, having a hard time finding housing. They’re moving to remote areas where they can work from home. They can commute into the big office headquarters once a week or every other week if they need to, but they’re looking for more space, they’re looking for more houses,” Tapp suggested. 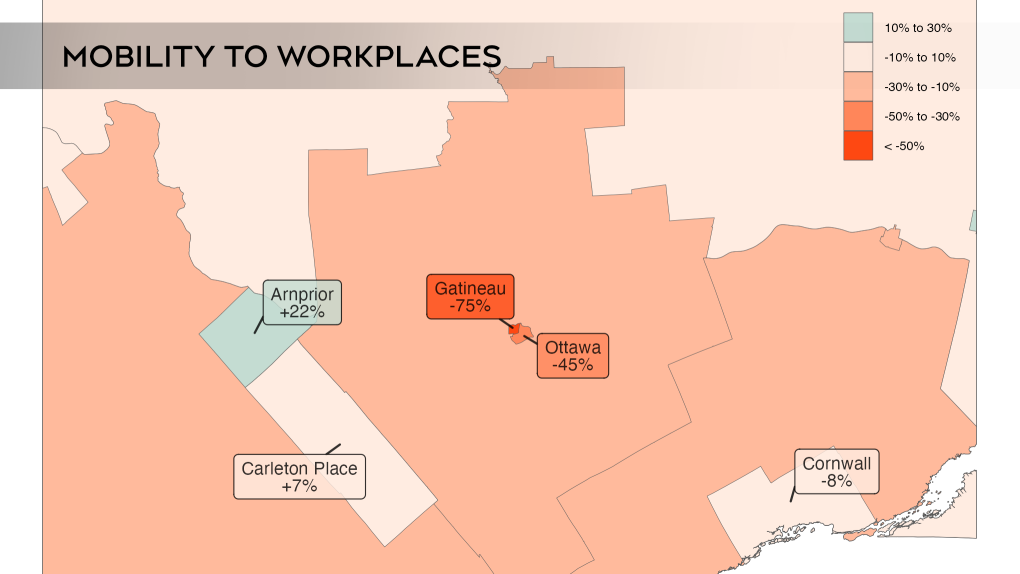 Revitalizing downtown Ottawa was an issue for former mayor Jim Watson, who encouraged the federal government to bring workers back to their downtown offices. The shift to remote work has also put strain on OC Transpo’s fare revenues, as commuter buses to downtown see declines in ridership.

Public service unions, however, have been trying to keep work remote. Workers say it should not fall on their shoulders alone to support downtown businesses and OC Transpo.

Mayor Mark Sutcliffe, who was elected in October, has pledged to build more housing downtown and incentivize the conversion of unused offices to affordable housing to help revitalize the core.

Tapp says the data suggest the pre-pandemic business models of some businesses that were once prevalent downtown will need to change.

Conversely, those outside areas could see more growth.

“I don’t know if there are traffic jams in Arnprior, but there are certainly more people out there,” he said. “I think a lot of it is people looking for

space. If you’re working from home, you need an office, you need a place you can close the door and have some room, and there’s a lot more room in these outlying areas than there is in the downtown cores.”

A former student armed with a semi-automatic pistol and a revolver who killed four people and wounded 12 in two schools in Brazil had a swastika pinned to his vest and had been planning the attacks for two years, police said.