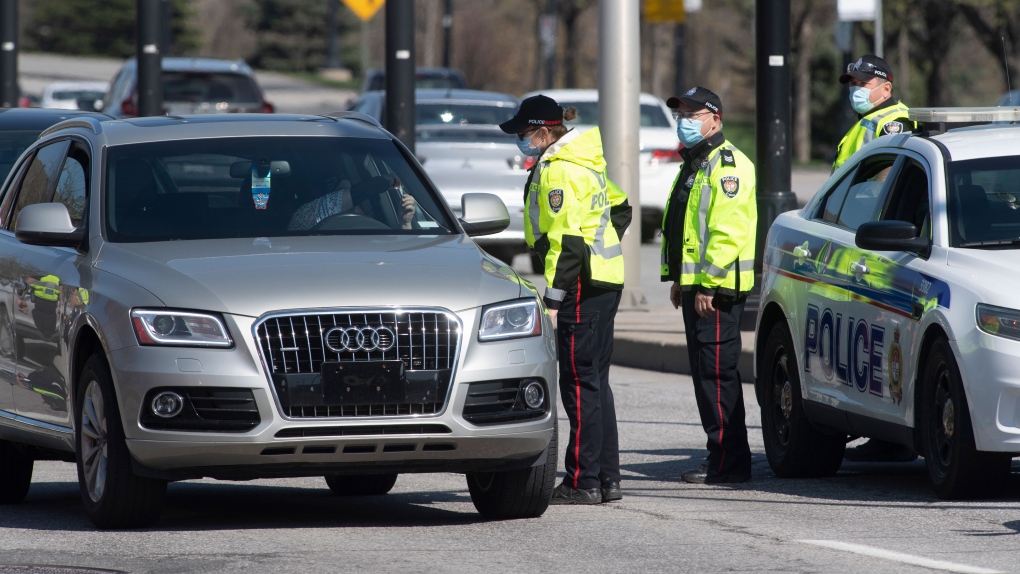 A driver shows identification to an Ottawa police officer as a checkpoint as vehicles enter the province from Quebec Monday April 19, 2021 in Ottawa. THE CANADIAN PRESS/Adrian Wyld

OTTAWA -- Travel restrictions end at the Ottawa-Gatineau crossings, a G2 driver receives an expensive lesson on the rules of the road and a bear is an uninvited guest to a Barrhaven back yard.

Non-essential travel restrictions ended at the Ontario-Quebec boundary on Wednesday, allowing Ottawa and Gatineau residents to freely cross the Ottawa River without going through police checkpoints.

The Ontario government implemented travel restrictions on April 19 in a bid to limit the spread of COVID-19. The Quebec government also implemented rotating checkpoints at the border crossings.

Ontario's order preventing non-essential travel into the province expired at 12:01 a.m. Wednesday. The Quebec government announced it would also reopen its border to Ontarians who wish to travel. 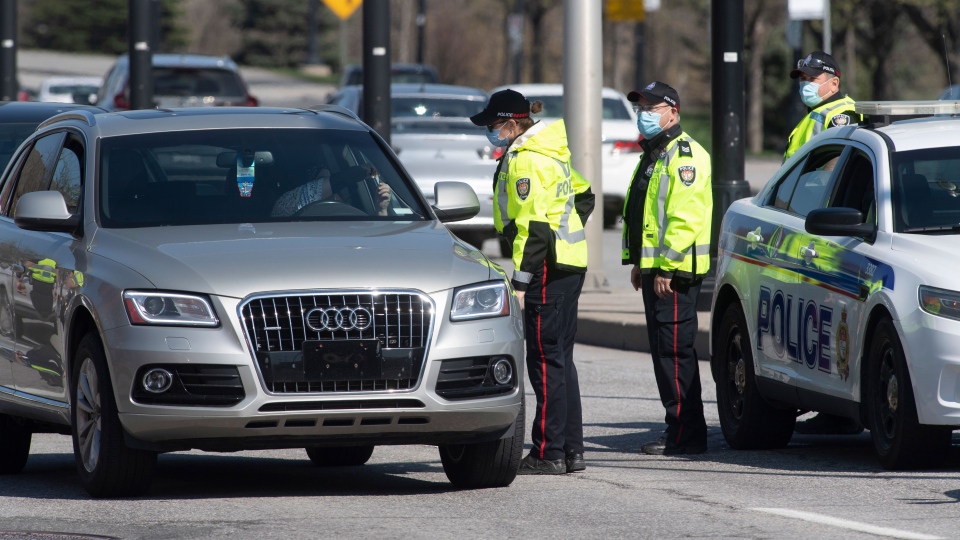 Eastern Ontario's medical officer of health called on the Ontario government to stick to the three-week timeline in the Roadmap to Reopen plan before easing more restrictions.

Dr. Paul Roumeliotis told CTV News at Five Thursday evening that the 21 days between stages would allow more time for people to receive a first or second dose of COVID-19 vaccine.

This week, Premier Doug Ford said he would meet with health officials to discuss whether Ontario can make an earlier move into Step 2, which would allow indoor gatherings and shopping malls to reopen.

Late Thursday, chief medical officer of health Dr. Williams said he would only consider speeding up Step 2 by "a day or two."

"There's an end to the journey in sight," Williams said. "Let's make sure we get there safely, rather than doing something careless or reckless along the way."

Gatineau and the Outaouais moved into the yellow zone on Monday, allowing indoor gatherings and bars, breweries and taverns to reopen. 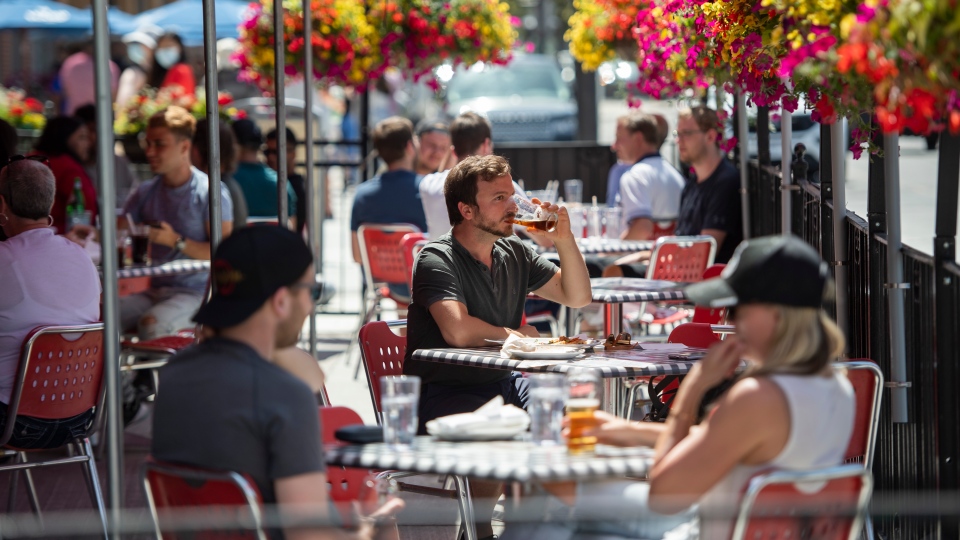 Ottawa man had more than one million child pornography files

An Ottawa man was sentenced to more than five years in prison after one of the largest seizures of child pornography images in Canadian history.

The RCMP say he had more than one million child sexual exploitation files in his possession. 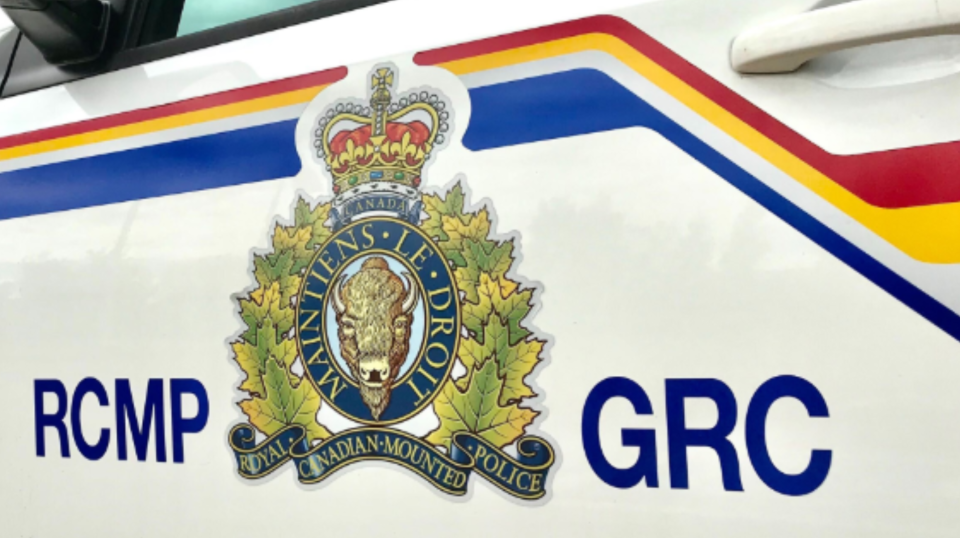 An 18-year-old Ottawa driver had an expensive start to the weekend, after receiving two speeding tickets on Ottawa roads in less than an hour. 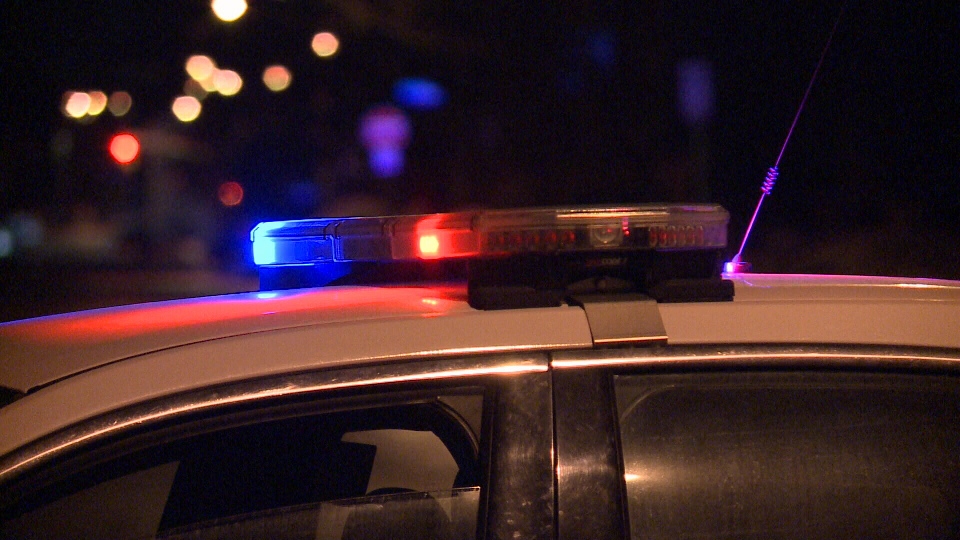 Bears were unexpected visitors in two Ottawa neighbourhoods this week.

Sunday morning, a black bear was spotted out for a stroll in a field in the area of Fernbank Road and Terry Fox Drive.

Monday morning, a black bear settled into a resident's backyard in the area of Earl Mulligan Drive in Barrhaven.

National Capital Commission Conservation Officers safely got the bear out of the tree and relocated it to a wooded area near White Lake.

Our Conservation Officers were busy yesterday! With the help of @OttawaPolice, @OttawaBylaw and @ONresources, they safely got the bear out of the tree in #Bearhaven and relocated it near White Lake, Ontario. The bear arrived around 11pm in good health! #ottawa #ottnews #Barrhaven pic.twitter.com/BhGiRfnhZU