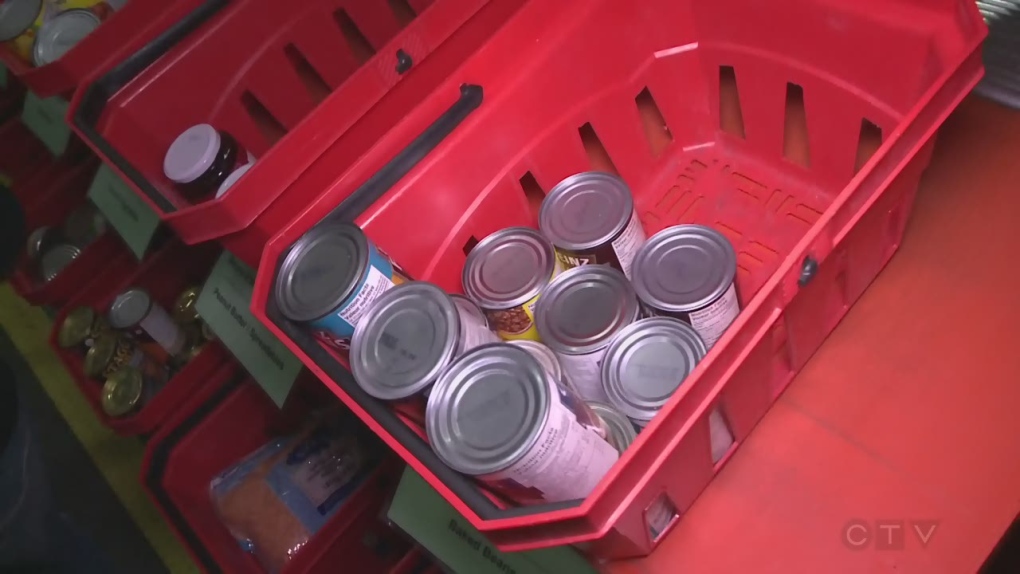 Rising inflation is getting the blame for a drop in donations to the Ottawa Food Bank.

Ottawa Food Bank CEO Rachel Wilson told Newstalk 580 CFRA's CFRA Live with Andrew Pinsent on Saturday that inflation is having an impact not only on residents, but on the food bank as well.

"We have seen food donations go down by about 20 per cent in the last couple of weeks," she said. "We assume that's because it's just so expensive for everyone to be able to purchase the food that they need so, when they're in the grocery store, they're probably not picking up items for the Ottawa Food Bank."

Wilson said the food bank is seeing around 44,000 people every month, a roughly 17 per cent increase over pre-pandemic levels.

"We've been calling it a perfect storm, when you've got people who are without work and you add in the cost of everything go up so much, we're having the housing crisis that we've had, it's really making it harder for people to make the ends meet," she said. "It's so much easier to go without food than it is to go without rent or heat, so food is often the first thing to go."

"Everything is just that much more expensive. When you look between the gas we have to put in our trucks and the cost of food," she said, "and we know if it's harder for us, it's harder for people out in the city as well."

The pandemic has also had a lasting impact on people in need of the food bank, though Wilson notes in the early days, there some stability.

"When CERB came in place, our numbers really stabilized. We know that income is the real issue of food insecurity across the country. We're really hoping governments will look at increasing social assistance rates to keep pace with the cost of living," Wilson said. "Also, making sure housing is accessible. Those are the key issues."

A food drive was held at local grocery stores on Saturday to help bridge some of the gap, but donations can be made all year.