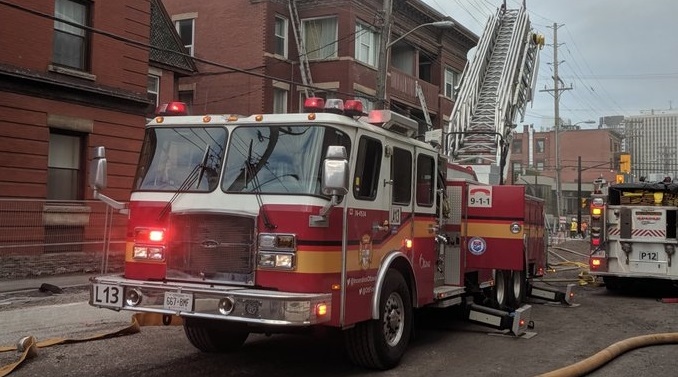 A man in his 40s has been treated for minor smoke inhalation after a fire at a three-storey apartment building on Elgin St.

Emergency crews were called to the building at Elgin and Gladstone at around 7:40. A second alarm was called at around 8:15.

The man who had to be treated for smoke inhalation had been trapped on his third-floor balcony before being rescued by firefighters. He’s since been taken to hospital.

Fire officials said there was an asbestos risk, so firefighters had to go through decontamination after the fire was deemed under control. It was contained to a single unit.

One person will be displaced, but a second unit may be deemed uninhabitable because of smoke migration, fire officials said in a press release.

The cause of the fire is not yet known.