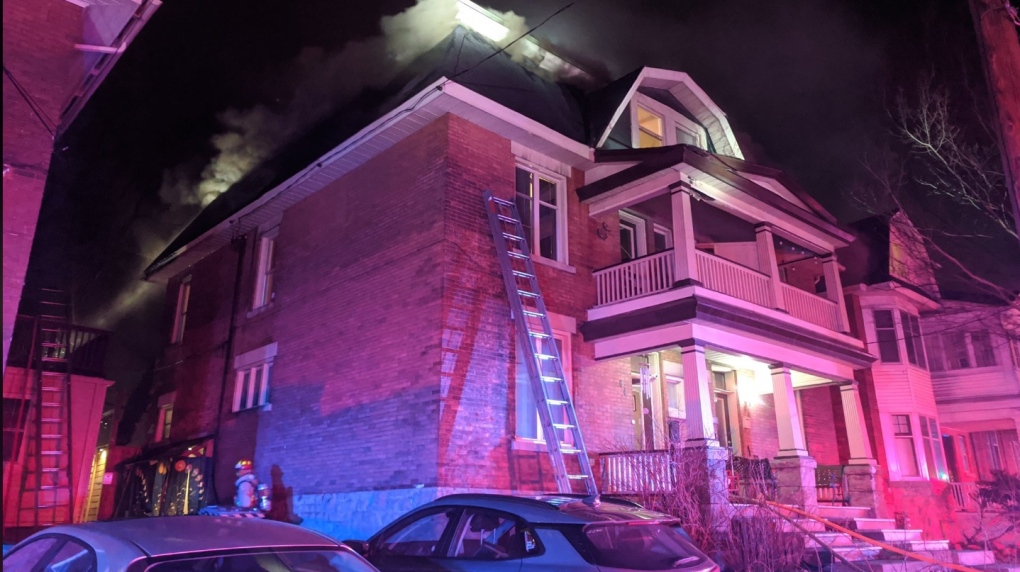 Ottawa firefighters put out a house fire on Fifth Avenue in the Glebe late Sunday.

The call came just after 9:30 p.m., reporting smoke from the roof of the home on Fifth Avenue between Bank Street and Howick Place. Crews arrived and saw smoke and flames coming from the roof.

“After diligently fighting this stubborn fire the crews were able to get it under control,” fire services said in a news release.

The fire was under control around 11:10 p.m. No one was injured.

Ottawa Fire on scene of a Working Fire on Fifth AV east of Bank ST. Fire is in the upper floors and roofs of a 3-storey double. No reported injuries. #ottnews #OttFire #ottcity pic.twitter.com/QGjaB9QU3z