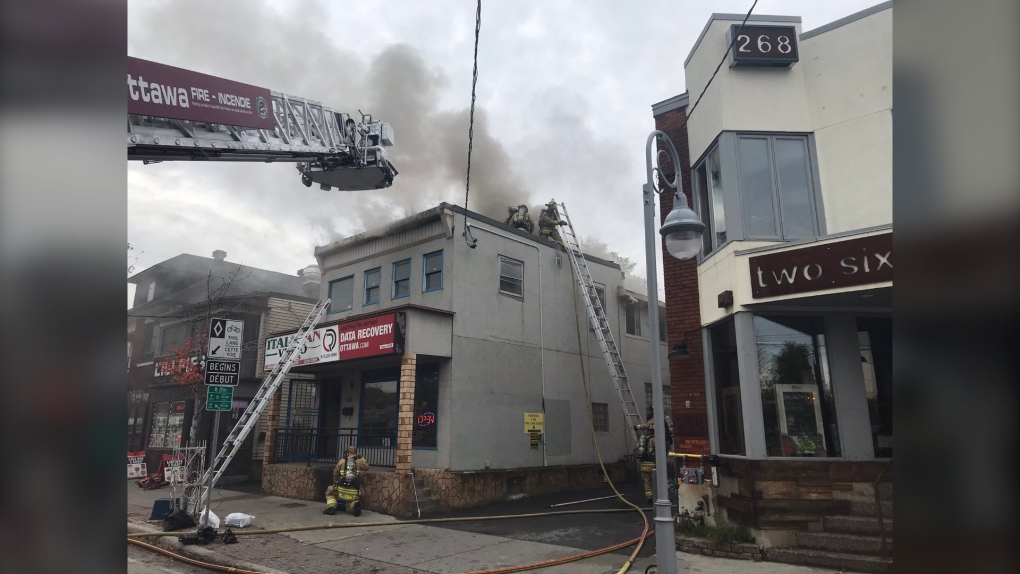 OTTAWA -- A morning fire in Little Italy has damaged a two-storey building housing a business and an apartment unit.

Ottawa firefighters responded to a 911 call at 10:40 a.m. reporting a fire in the apartment above a commercial business at 270 Preston Street, near Gladstone Avenue.

When firefighters arrived on scene, they reported heaving black smoke coming from the eaves of the building.

Ottawa Fire says firefighters entered the smoke filled building to ensure there were no occupants remaining in the structure.

At 11:13 a.m., firefighters declared a second alarm, summoning additional resources to control the fire after it extended into the walls and attic on the top floor.

Ottawa Fire says the fire will displace the occupants of the apartment and the business.

Investigators are searching for the cause of the blaze.

Ottawa Fire Services is on scene battling a fire on the upper floor of a building at 270 Preston st. Firefighters are ensuring everyone has evacuated and are working to extinguish the fire. #OttNews #OttTraffic #OttFire pic.twitter.com/UVxReKYkmn