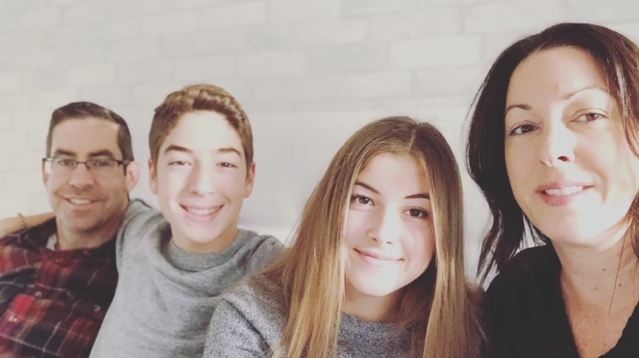 The Sheppard family has been waiting six days for the COVID-19 tests results for Olivia.

OTTAWA -- A 14-year-old Ottawa girl is anxiously awaiting the results of her COVID-19 test.

Olivia Sheppard was told she would get her results in 24-48 hours, but after six days, the family still has no information.

“We were set up with an online portal called ‘My Chart’,” said Olivia’s mother, Kristy.

“The nurse that did the swab told us to keep checking there hourly, that chances are it would be posted in there before they get around to calling us. I’ve been checking that hourly and there’s still nothing there, so we’re now day six, waiting.”

The Sheppard’s had gone to Florida just before March Break, but when news of COVID-19 became more serious, the family of four and Kristy Sheppard’s mother hopped in a rental car and drove back to Ottawa.

It was on that journey that 14-year-old Olivia began complaining of a sore throat.

“I wasn’t thinking of COVID-19 but then the next day, after a stop at a hotel room, she was still complaining and that’s when the fever started and the cough.  And she had it the whole way home,” said Sheppard.

The family was back in the Ottawa on March 16.  After consulting with a doctor, the hospital and Ottawa Public Health, Olivia was urged to get a COVID-19 test.  She and her mom, Kristy, went to the Brewer testing facility the next day.

“We didn’t have to sit down and wait, they took her right away.  I believe she was the only child in there at the time and they chose to test only her which I was in agreement with.  I figured if she has it, we all have it, and that’s what they said. We were in a car together, along with my 76-year-old mother. That’s been kind of nerve-racking, that’s where the anxiety kind of kicks in,” said Sheppard.

The family is staying home, and Kristy’s mom is in isolation at her condominium.  Her distance from her mother is another layer of stress for the family.  They can’t see her until they know the results of Olivia’s test.

“We haven’t had any interaction with her, except on the phone. It’s been hard on her, so this wait on the results is a bit challenging because we can’t see her,” said Sheppard.

“If it comes back negative, then I’ll go get her and she can continue quarantining with us here, with family around to watch out for her.”

The good news says Kristy Sheppard, is that Olivia’s fever seems to be gone, and she’s starting to feel better.

Regardless, the family remains at home and will not go out, even for groceries, until they get confirmation that Olivia is virus-free.

“I tried to do an online order (for groceries) today but it’s not being delivered until Friday.  So, now we’re scrounging for food in the freezer because we definitely don’t want to go out,” said Sheppard.

“It’s so hard to be waiting for these results but we have to be thankful that we’re able to be tested. So, we’re doing as we’re told, we’re staying in, and making the best of it.”