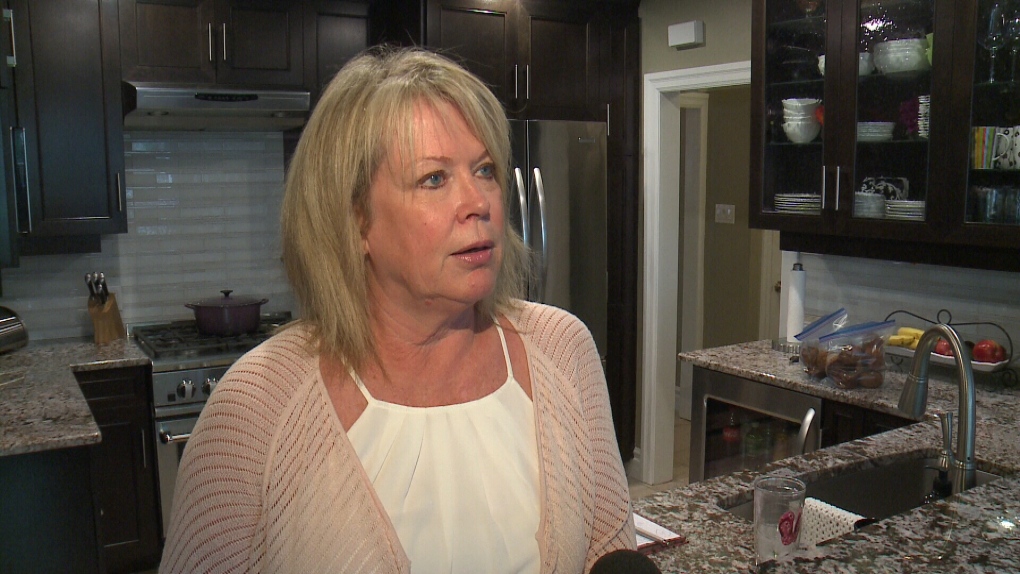 Gail Downey at a loss as to how thieves stole cars

It’s hard enough to have your high-end car stolen once. But an Ottawa couple is now dealing with the theft of two more of their Lexus vehicles right off their driveway. And Ottawa Police confirm a dramatic spike in the number of high-end vehicles being stolen. Despite the fact the cars were locked, alarms on and the key fobs placed in their recommended anti-theft covers, someone still managed to drive off with not one but two of Gail Downey's cars. It was the third car theft for them in less than two months.

Gail Downey thought she was seeing things when she looked outside Monday morning and saw an empty driveway.

“As I was walking by, I looked out window and thought I should see a car,” explains Downey, “I felt it in the pit of my stomach so I asked my husband to look and he said both the cars are missing.”

That same weekend, neighbour Marnie Bennett had her Lexus stolen, along with a couple others in the area.

“According to police, it's a ring of thieves, international thieves,” says Bennett, “and they take them over to Montreal and then ship them over to Africa and the Middle East and I thought, “Oh, they're going to come back.”

And come back, they did; fifty days later, stealing both the Downeys’ cars despite the fact they were locked and the fobs in special protectors.

Ottawa Police confirm there has been a dramatic spike in the theft of high-end cars particularly Toyota 4Runners, Highlanders and 3 high-end Lexus vehicles, including the Lexus RX series and Lexus GX series. According to Inspector Mike Laviolette with the Ottawa Police, there were 12 luxury vehicles stolen in all of 2017.  So far this year, there have been 34 stolen.

Police in the UK have released footage showing how easily thieves can steal these high-end cars using something called a relay box that sends a signal to the actual key inside the house.  On the video, you can see that within 17 seconds, thieves drive off with a Mercedes while the car’s owners sleep inside the house.

The Insurance Bureau of Canada say on average a vehicle is stolen every 7 minutes across this country.  The most stolen vehicle last year was the 2015 Lexus GX 460.

"We continue to develop technology that strengthens the integrity and security of our vehicles," Michael Bouliane, with Lexus Canada said in a statement.

In the short term, Gail Downey may rely on some very old technology.

“I know those old-fashioned steering wheel clubs, that's been talked about,” says Downey, “I'm probably going to get one.”

The Downeys' first vehicle was recovered by police in Laval a couple weeks after it was stolen and after the insurance company had settled with them.  The Downeys are worried about their insurance and are not sure if they want to buy another Lexus, after being stung 3 times.