Ottawa councillors left in the dark on LRT train warranties 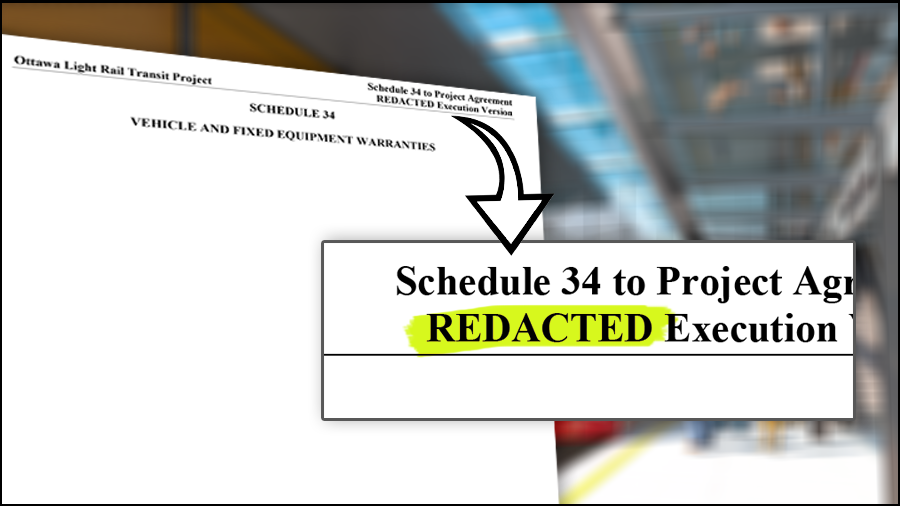 Councillors have been sent blank pages with warranty information on trains blacked out, and it’s not clear why.

OTTAWA - City councillors looking to get warranty information on Ottawa’s problem plagued Alstom trains are being left in the dark, literally.

Councillors have been sent blank pages with warranty information on trains blacked out, and it’s not clear why.

“I think it would seem to me people want to see the warranties, considering the problems we’re having”, said Somerset Ward councillor Catherine McKenney.

McKenney asked transit officials to provide the entire maintenance contract to city councillors.  She did receive significant material back, including hundreds of pages on the contract to build Stage 1 LRT. But the warranty information on the trains themselves was blacked out.

“When you buy an appliance or a car, one of the first things you look at is the warranty. We paid for this system. We paid for these trains”, she told CTV Ottawa.  “I can’t understand any rational reason for holding it back.”

City officials have not responded to questions about why the warranty on the Alstom trains was redacted in the materials released to Councillor McKenney.