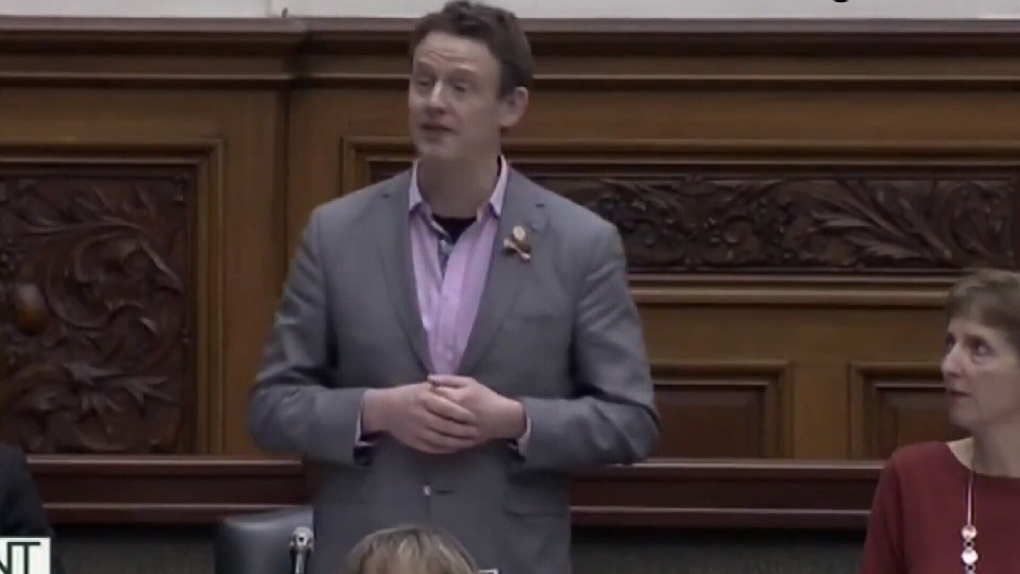 OTTAWA -- Ottawa Centre MPP Joel Harden is calling on the Ontario Government to give municipal councils the power to remove councillors from office for serious misconduct.

"There's a gap in our accountability system," said Joel Harden during an interview on CTV News at Five with Stefan Keyes.

Council also passed a motion calling on Chiarelli to resign from office. Chiarelli has said he will not resign, and he's challenging the integrity commissioner's report in court.

Harden's motion calls on the Ontario Government to table legislation giving councils the power to remove councillors who have been found guilty of serious acts of misconduct, including sexual misconduct.

"I think in political life, we have to remember as elected officials that the decisions we make and how we conduct ourselves with our colleagues and staff who work in the offices that we are fortunate to hold, those relationships bear a lot of responsibility," said Harden.

"What troubled me after two independent integrity commissioner reports about Mr. Chiarelli, is that it's very clear to me there's a pattern to this predatory behaviour and there's a gap in our accountability system. So what the motion that I was presenting to my friends in government today aims to do is ask them to fill that gap."

Council voted last week to ask the Ontario government to change the Municipal Act to allow councils to remove councillors from office.  In June, Council ruled Chiarelli broke the conduct of conduct and suspended his pay for 270 days following the integrity commissioner's investigation into alleged inappropriate behaviour by Chiarelli towards three women applying for jobs in his office.

"Right now, we need to make sure that staff can be confident that predatory behaviour in offices is not tolerated in the province of Ontario."

Earlier this week, former Cumberland Councillor and current Orleans MPP Stephen Blais asked the Ontario government to come up with a way to remove municipal politicians from office in cases where they have abused the trust and authority placed on them.

"Recently, the integrity commissioner at the City of Ottawa finished a years-long investigation into shocking and horrific abuse and harassment of women in the workplace by city councillor Rick Chiarelli," Blais said. "His actions are so beyond the pale that the city has imposed the most severe penalties afforded to them under legislation, the suspension of pay.

"The city has done its best to support the courageous women who have come forward with their stories and take action but anyone who has read the report will know that in any other workplace, the penalties would be much more severe."

Harden says staff members in Chiarelli's office have contacted him and the integrity commissioner has rendered two reports.

"He's been invited to do the honourable thing and resign. He has ever right to press his claims in court, but what he doesn’t have a right to do is set a pattern in our city where objectionable, predatory conduct is tolerated. We have to have checks and balances. So what our friends in government have the opportunity to do is set an example."