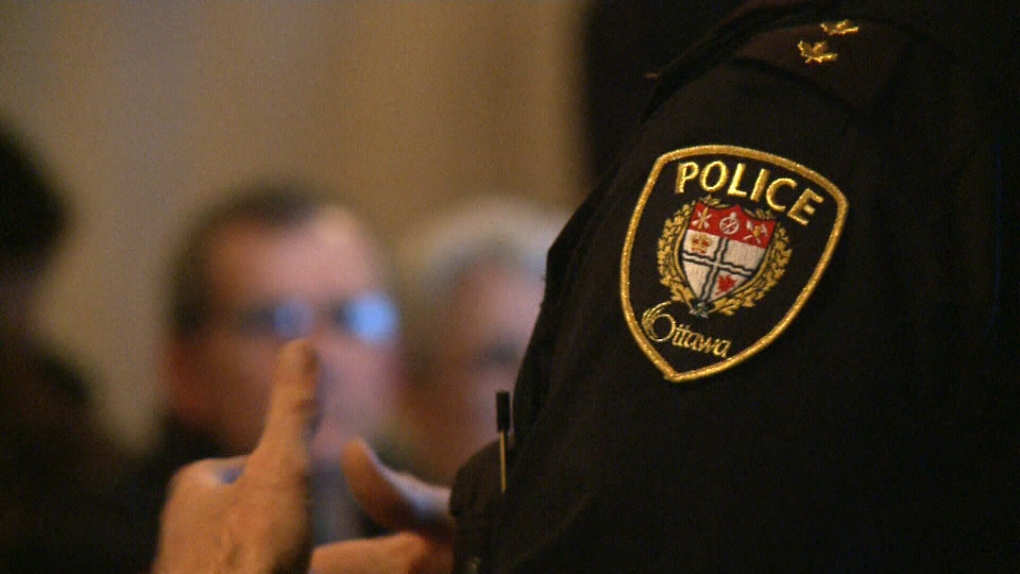 OTTAWA -- Funding has been pulled for dedicated school resource officers (SROs) at two Ottawa-Carleton District School Board high schools, following a vote by school board trustees this week.

An amendment to the budget moved by trustee Lyra Evans called for the removal of $95,976 from the school programs and support budget, which helps fund SROs at Ridgemont High School and Gloucester High School. A sub-amendment by trustee Chris Ellis called for that funding to be allocated to those two schools through the urban priority high school framework, which can be used to fund other programs.

"We know the police have a racism problem," Evans said in a presentation on Tuesday. "Anyone who thinks otherwise is deluding themselves. Knowing that, we still choose to hire two police officers out of funds intended for students' education to be in our most marginalized schools full-time."

Evans' amendment passed during a continuation of the meeting, held Thursday.

Associate Director of Education Brett Reynolds said the OCDSB provided funding to support one dedicated SRO at one of the two schools, while the Ottawa Police Service matched the funding to provide a second SRO. There are 24 SROs in total that serve OCDSB's 350 schools.

Reynolds added that a previous associate director of education and former principal at Ridgemont created the program with the goal of having dedicated SROs in schools to build relationships and trust between students and police.

"He felt that a lot could be done in order to better improve relationships between police and students in the school," Reynolds said. "They wouldn't be spending all of their time, or a lot of their time, dealing with the responsive side of police business but instead they could invest more of their time in developing relationships in those schools with the community, the students, and the parents."

Reynolds said he's known several of the SROs who have been assigned to Ridgemont and Gloucester over the years.

"Ottawa Police has been deliberate in its selection of those two SROs," he said. "I can think of several of those SROs who have served that community off the top of my head. They have been Indigenous, they have been new Canadians, several have been Black, several identify as LGBTQ2S+ and other identities that well-represent some of the diversity seen in those two schools."

Reynolds said by removing the funding from the SRO program, OPS may choose to drop the number of SROs to 22 or could continue funding the 23rd, and he does expect SROs would still serve Ridgemont and Gloucester high schools, but in a more responsive way.

"I believe, instead of attempting to reduce the presence of officers in our schools, we should keep it the same or even increase it so that we can teach students how to interact with officers and how not to fear them and, instead, see them as friends and allies," he said. "Without them, we would be contributing to building a society that is afraid of law enforcement, thus further endorsing the practice of taking matters into your own hands to solve problems that would require police intervention."

While Evans said the amendment was intended as an anti-racist measure, Al-Ogaidi said it might have the opposite effect.

"Placing restrictions on officer interactions with racialized students says to everybody 'If you're white, you don't need to worry. Only if you're not,'" he said.

Evans said in closing arguments that not everyone views the police as allies.

"It's important for us to remember that the police are not bastions of safety for many members of our community," Evans said. "Many don't see the police as people they feel inherently safe with."

Evans said on Twitter a similar motion was moved last year, but it failed to pass. Evans thanked trustees who "took the intervening year to learn, and changed their minds for this year."

A motion I put forward passed today. It successfully #DefundThePolice who were paid by the @OCDSB. #NoCopsInSchools #OntEd

To clarify, this removes all funding the the OCDSB pays to the Ottawa Police Services. A review of the police in schools we don't pay will happen ASAP.

Also, I tried to pass this motion first in June 2019 and it failed 11-1. Shoutout to my colleagues who took the intervening year to learn, and changed their mind for this year.