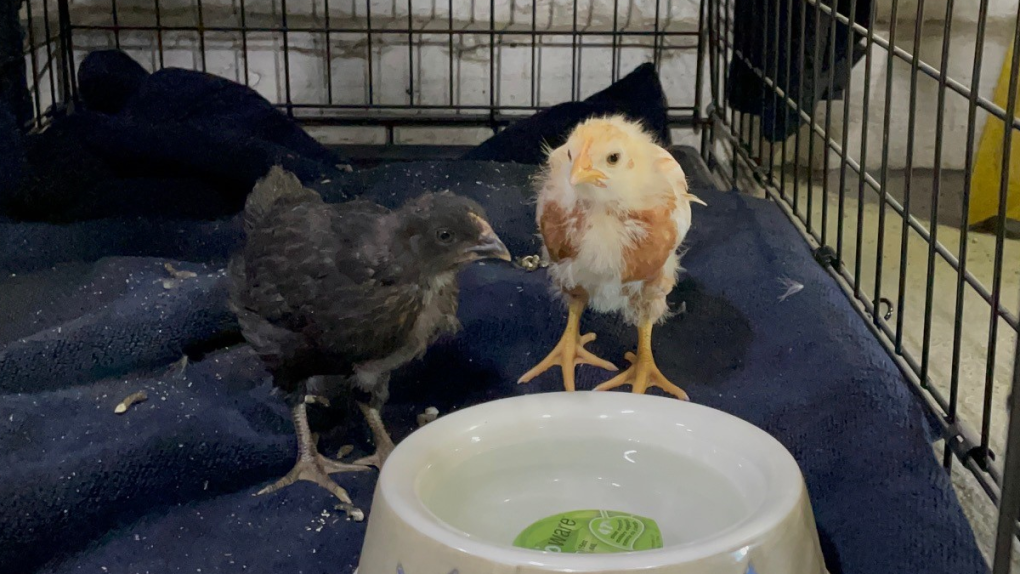 Ottawa Bylaw is reminding homeowners that livestock isn't allowed in urban and suburban neighbourhoods after finding a pair of chickens.

Bylaw and Regulatory Services tweeted out a picture of two baby chickens, saying they were found in the Borden Farm area of Nepean on Thursday. Officers have been unable to locate the owner of the birds.

The reasons livestock are prohibited in urban and suburban areas include noise and odour, animal and other waste disposal and the attraction of predators, including coyotes, the city said.

(2/3)
▶️Noise and odour
▶️Animal and other waste disposal
▶️Attraction of predators, such as coyotes
▶️Potential fire hazards in enclosures
▶️Increased costs for taxpayers for the rescue, investigations and sheltering of abandoned and/or errant chickens pic.twitter.com/KODdxOxfbF

The two chickens have been taken in by an animal sanctuary.

Ottawa Bylaw and Regulatory Services tells CTV News Ottawa no bylaw charges have been issued because officers were unable to identify the owner of the birds.