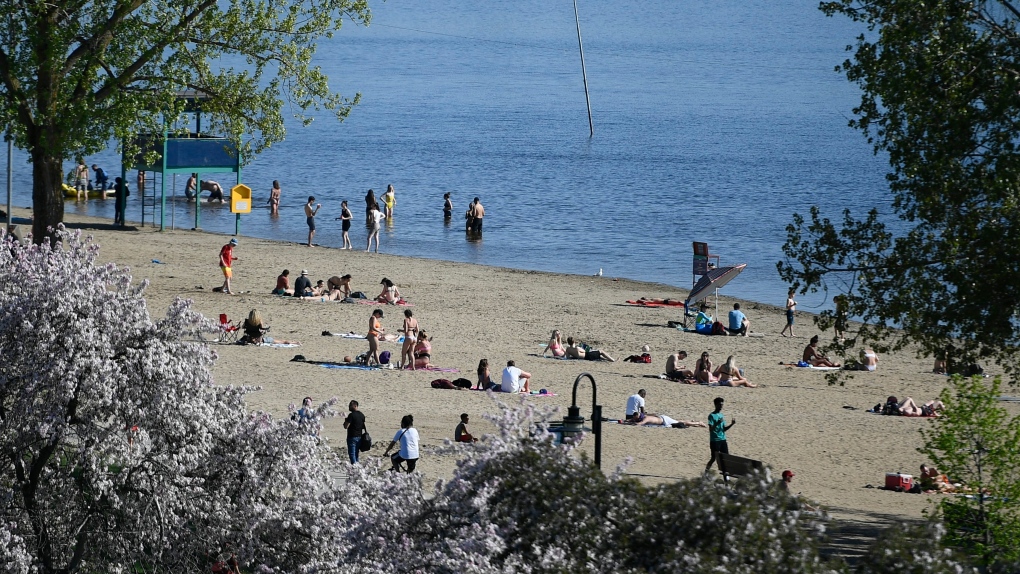 People practice physical distancing as they enjoy the warm weather at Mooney's Bay Beach in Ottawa, on Saturday, May 23, 2020, in the midst of the COVID-19 pandemic. (Justin Tang/THE CANADIAN PRESS)

OTTAWA -- Ottawa Bylaw officers issued three tickets over the weekend for residents gathering in groups of more than five during the COVID-19 pandemic.

During a weekend with sunny skies and warm temperatures, Bylaw officers also issued dozens of verbal warnings for violations of the Provincial Orders, including 60 at one Barrhaven park.

Officers conducted more than 200 proactive patrols of parks and responded to 175 calls for service over the weekend.

In a statement to CTV News Ottawa, Bylaw and Regulatory Services Director Roger Chapman said approximately 150 verbal warnings were issued related to violations of the Provincial Orders during the COVID-19 pandemic.

“Three Provincial Offence Notices were issued under the Emergency Management and Civil Protections Act over the weekend for residents in groups of more than five.”

In a follow up email to CTV News Ottawa, Ottawa Bylaw said the tickets were issued for gatherings at private homes.

Under Ontario’s Emergency Management and Civil Protections Act, gatherings in groups of more than five in public or private is prohibited.