OTTAWA -- After 19 long months, many Ottawa business owners are eager to welcome back customers with no capacity limits.

“It’s huge. Every person in helps, especially with the last two years. It’s taken its toll and the fact that we’re able to people come back in, in more numbers, is massive,” Chris Vasilas, the owner Local Heroes, said Monday.

Like many restaurants in the city, Vasilas and his staff spent the morning dressing tables and preparing for a night with more guests than they’ve had in months.

“Today, we got rid of the old system, brought in the new one, and we’re excited to see what’s going to happen,” he added.

More than a chance to recover after a financially draining pandemic, Vasilas says this is a chance for business owners to prove they can survive on their own.

“Now it’s time for us to step up and be on our own now, now that we’re able to be on our without the restrictions,” he said.

“It’s exactly what we needed given the circumstances,” Bussi, the owner of TG Athletics said.

After opening an independent fitness studio with her husband in January, Bussi says she’s excited to finally see just how successful her business can become.

“This gives us an opportunity just to honestly maximize or use our space to its full potential and be able to invite new members into the studio,” she said.

Despite the changes, there are some choosing not to take advantage of the new capacity allowances.

“We’re probably likely going to make not too many changes here. We’ll add a few tables here and there,” Jeremy Chan, the owner of Bambu said. 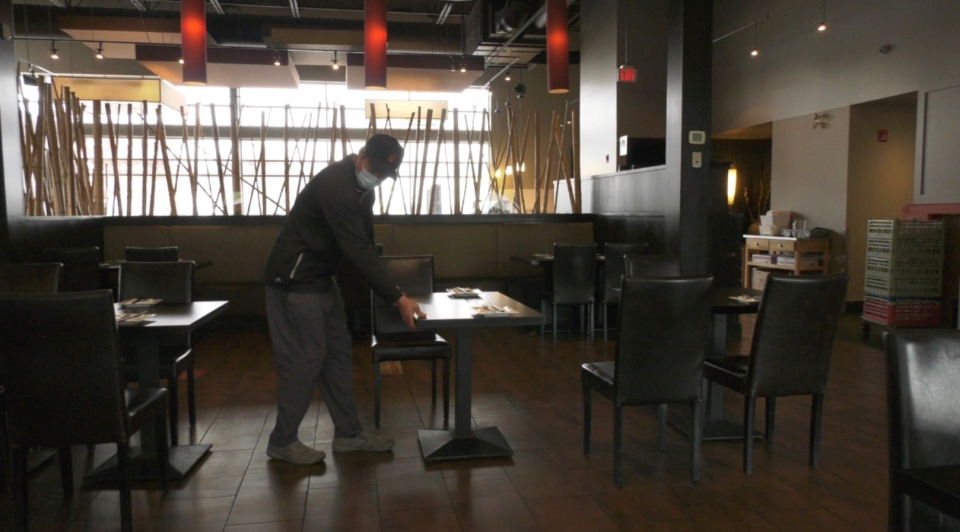 Chan says staffing is a challenge, and would likely make a return to full capacity near-impossible, but adds that’s not what is driving his decision.

He says he’s focusing on safety, particularly for his older clients.

“I think the businesses that continue to follow heightened safety protocols will benefit from the customers who are still hesitant to go out will appreciate and direct their business to those types of restaurants,” Chan noted.

Monday’s change is another significant step in Ontario’s plan to exit the pandemic, the next comes in three weeks on Nov. 15, when capacity limits are lifted at nightclubs, strip clubs, and wedding receptions that involve dancing.

According to event venues like the Bronson Centre, who are already able to open to full capacity, that’s the change that will make the biggest impact.

Mayville says those in charge of booking concerts at the venue have been waiting for this announcement, and excitement is already building.

As part of Monday’s announcement, museums, galleries, places of worship, and personal care settings can all open without capacity limits, provided they require proof-of-vaccination.