Amanda Johnson is a nature-loving biochemist working to create a plastic alternative from crop leftovers.

"When you spend time in nature you develop a relationship and want to protect it," says Johnson, an eloquent and ardent PhD student in the Faculty of Forestry at the University of British Columbia.

Johnson, a lifelong camper, hiker, nature lover and mother of two young children, who grew up in Ottawa and studied biochemistry at the University of Ottawa, is researching turning agricultural waste into an alternative to plastic.

She calls the product she developed, "Grasstic" - a bioplastic made from the residual stalks of crops like corn or wheat.

"It’s abundant agricultural waste and currently no-one is doing anything with it other than bailing it off the field or sometimes tilling it in," explains Johnson.

"I thought I’m going to play around with this in the lab and I did."

"And it was pretty amazing because I actually held this plastic in my hand thinking it looks like plastic, it feels like plastic.  I knew I was onto something." 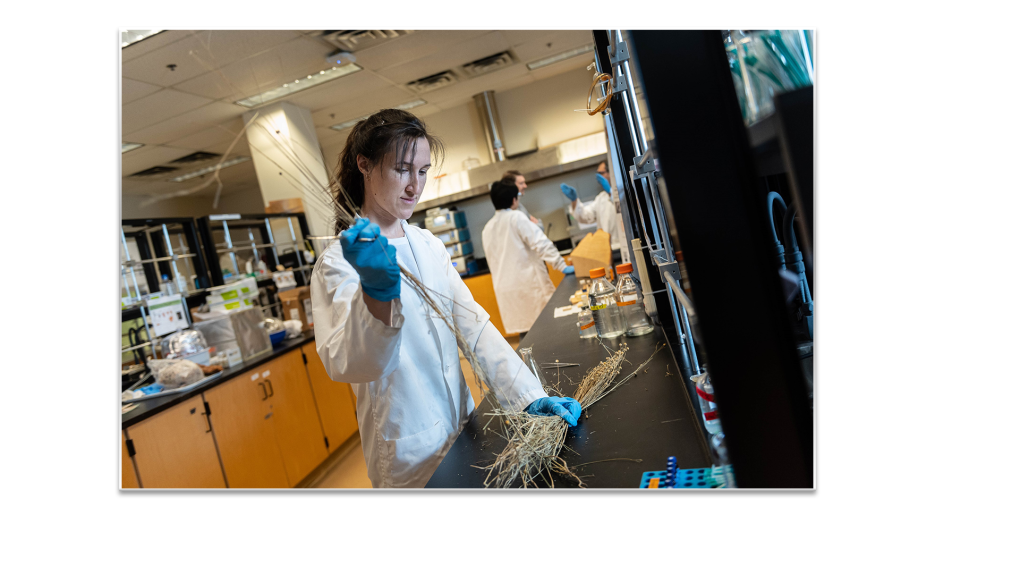 Johnson turned to her younger brother, David, for the name.

And 'fantastic' aspects of Grasstic were first learned when Johnson worked with grasses during her Masters.

"Grasses are made up of 20 per cent of the biopolymer called xylan and nothing is being done with it. It’s just a matter of getting it out of the plants and putting it into bioplastics," she says.

There are biodegradable plastic products out there but Johnson, committed to food sustainability, and conscious of food scarcity issues, wants to improve the options currently on the market.

"If you go to the store, you’ll be able to see biodegradable plastic bags that are made from plant polymers. The thing with these is that they’re made from corn, corn starch," says Johnson.

"When we start making packaging out of our food, we are going to run into problems with scarcity. We want to make them out of things that aren’t food."

The best uses for Grasstic, so far, are in packaging dry goods.

"Those films that you have on pastry products or dried goods boxes would be a perfect application for Grasstic."

Johnson demonstrates Grasstic being used to replace the plastic windows of pasta boxes and baked goods.

Those boxes then become totally biodegradable.

Johnson hosted a podcast about food, farming and sustainability and was motivated to get into the lab to create a new bioplastic when she learned the stats on plastics.

"Ninety per cent of the plastics we use, even the ones we put into the recycle bin, are never going to be recycled."

"They’re going to end up in an incinerator, or landfill, or worst-case scenario, contaminating our environment where they’ll stick around," says the research scientist.

Grasstic is now being tested for its rate of biodegradability.

"If you were to toss a Grasstic bag in your home compost, it would be completely gone in six weeks. If you sent it off to an industrial composting facility, it would be gone in four weeks," says the scientist.

"Currently, I'm testing how Grasstic biodegrades in the ocean. We are on day 95 of the experiment, and more than half of the Grasstic has biodegraded. So Grasstic is well on its way to being certified biodegradable.” 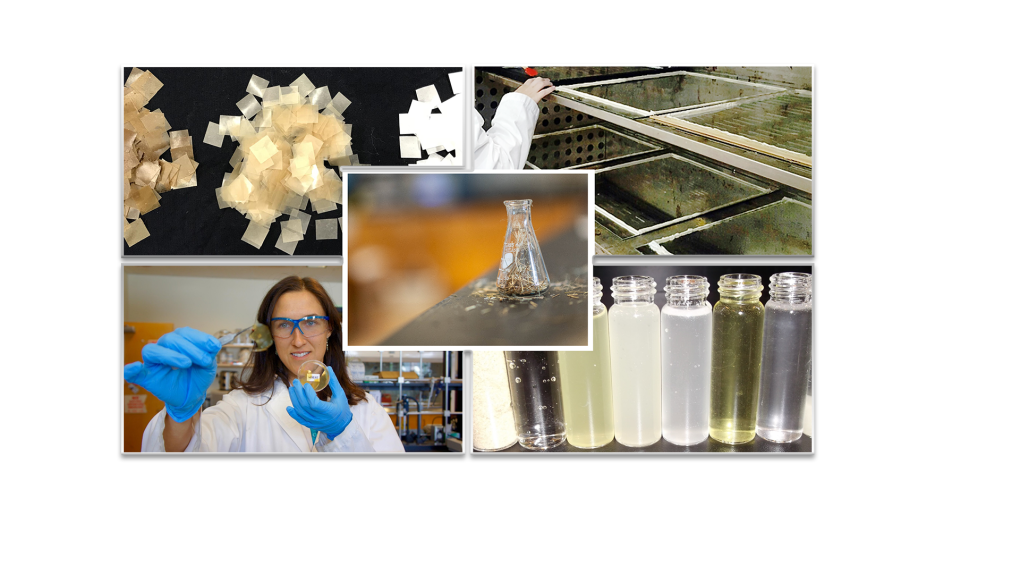 Why we need plastic alternatives

"Nature has no way of breaking down plastic," Johnson says.

"Microplastics get into our water and our food. Scientists are only beginning to understand the problems they cause when ingested."

Plastics are made out of fossil fuels, which are a non-renewable resource.

"Huge amounts of plastic have accumulated in the ocean. Sea animals such as turtles and albatross mistake plastic for food and it kills them." 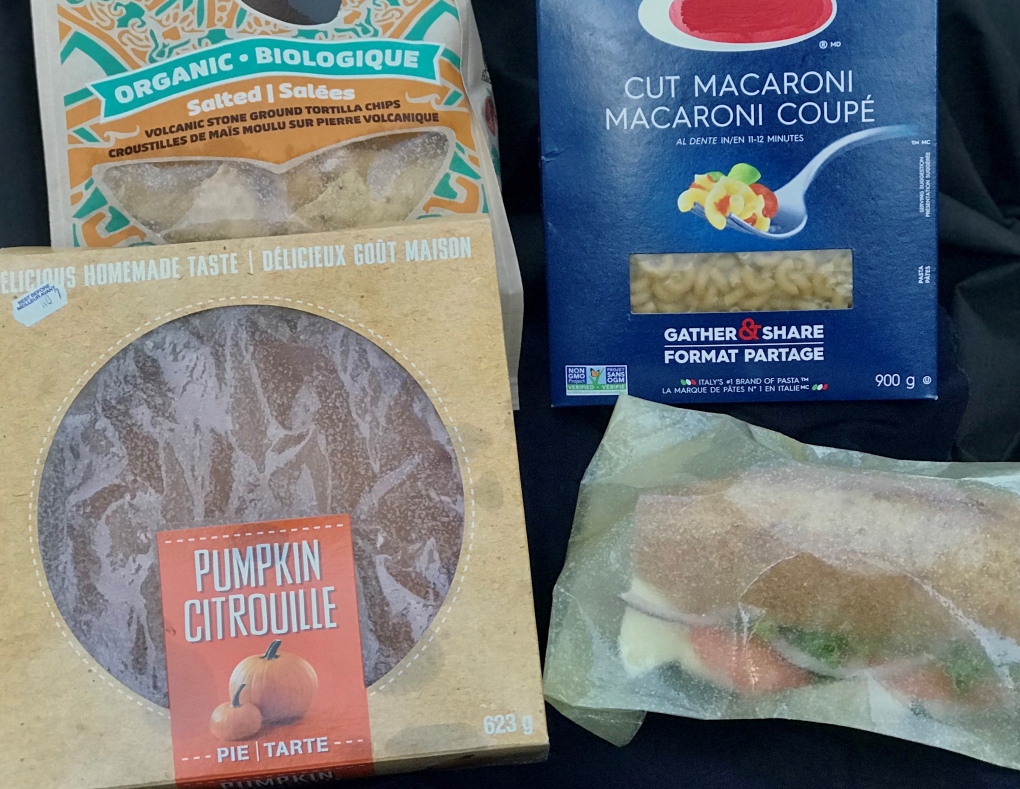 Food wrapped in Grasstic, showing the potential 'future uses' of the bioplastic made from wheat and corn stalks, developed by UBC PhD student Amanda Johnson. Johnson is from Ottawa and did her degree in biochemistry at UofO. (Amanda Johnson/submitted)

That reality drives Johnson’s work. Her time in the lab for Johnson is fuelled by a lifetime spent outdoors.

"I’ve been close to nature my entire life. Growing up, my siblings and I spent countless hours playing in the forest behind our Ottawa home. My dad would take us biking along the Rideau Canal. My mom went camping with us."

And while Johnson, who now calls Victoria, B.C. home, reflects on that Ottawa past, she and her husband, Greg, are looking to create a promising future for their four-year-old, Millie and 15-month old Ori.

"Now that I'm a mom I want my kids to have the same chance to connect with nature. And that makes me passionate about preserving the environment."

Researchers from Quebec and Ontario are calling for better testing to track the spread of tick-borne germs as the disease-causing bacteria gain new ground in Canada.

U.S. deputy who catfished teen, killed her family was on psych hold in 2016

A Virginia sheriff's deputy who killed the family members of a 15-year-old California girl he tried to sexually extort online had been detained in 2016 for a psychiatric evaluation over threats to kill himself and his father, years before he joined law enforcement, according to a police report.

Where do airlines stand in 2023? Industry observers on airfare trends and profit margins

Canadians may see a noticeable drop in airfare early in the new year, something industry watchers say could put airlines on shaky ground financially moving forward.

As Dec. 25 approaches, an international travel website has released its official 2022 list of the 25 best Christmas markets in North America, including six in Canada.

The former mayor of Kelowna, B.C., has been charged with sexual assault, prosecutors announced Wednesday.