OTTAWA -- An Ottawa artist has found fame online after posting one of her paintings on TikTok, and almost ruining the artwork turned out to be one of the best mistakes she's ever made.

Laura Kelly was gifted her first easel at age 11. She's now 22 years old and has been in love with painting ever since.

“I love painting and I’ve taken art history and visual art courses. So it's something that has always interested me,” says Kelly.

Kelly shares all her artwork on her social media, but a few weeks ago, one special painting she did of her grandfather for his 85th birthday, exploded online.

The video racked up more than three million views after she almost ruined her grandfather's painting. She forgot to dilute the acrylic varnish before applying it. 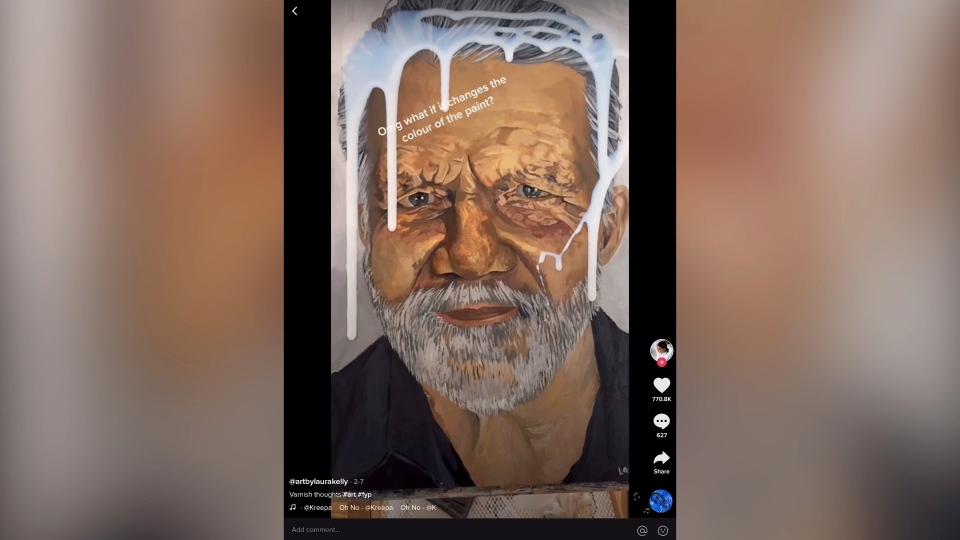 “A lot of people in the art world, or art TikTok, were giving me a lot of great feedback,” says Kelly. “But they also felt my anxiety when I was like, oh my God, I’m going to ruin the painting that I spent up to 30 hours painting right.”

She was able to save the painting by going back over the varnish with new paint in the worst areas. She says it looks as good as new.

Kelly also wanted to give back to her social media community, so she started a contest to award some of her followers with her original artwork.

“So it's really cool. People are coming onto this canvas and getting an opportunity to see themselves the way I see them, and hopefully embrace their spark onto the canvas,” says Kelly.

Giovanna Sacca was one of the lucky followers to receive one of Kelly’s paintings, and she says she absolutely loves it. 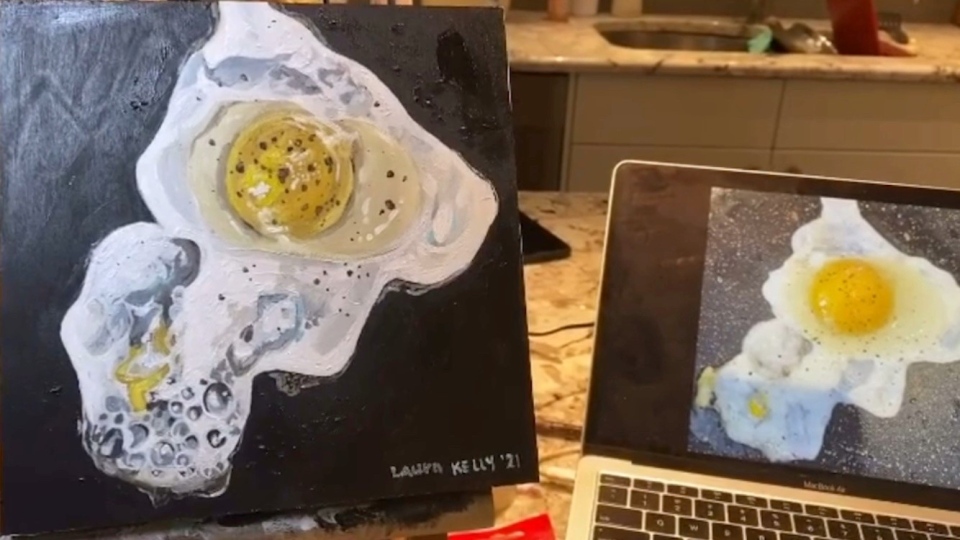 “I won the egg, and it's pretty cool,” says Sacca. “She just kind of went into her kitchen and said, you know what, what about an egg? Just something so simple and plain and something that you see in most kitchens.”

Kelly is grateful for the attention she is getting online since going viral, but she says this is more than just views for her.

“For people out there during the pandemic, having the chance to make something while you’re in quarantine, or just starting to create your pieces and show others your talent, I think is probably the message that I want to bring forward.”

You can see all of Laura Kelly’s artwork on her Instagram page @art_laurakelly.