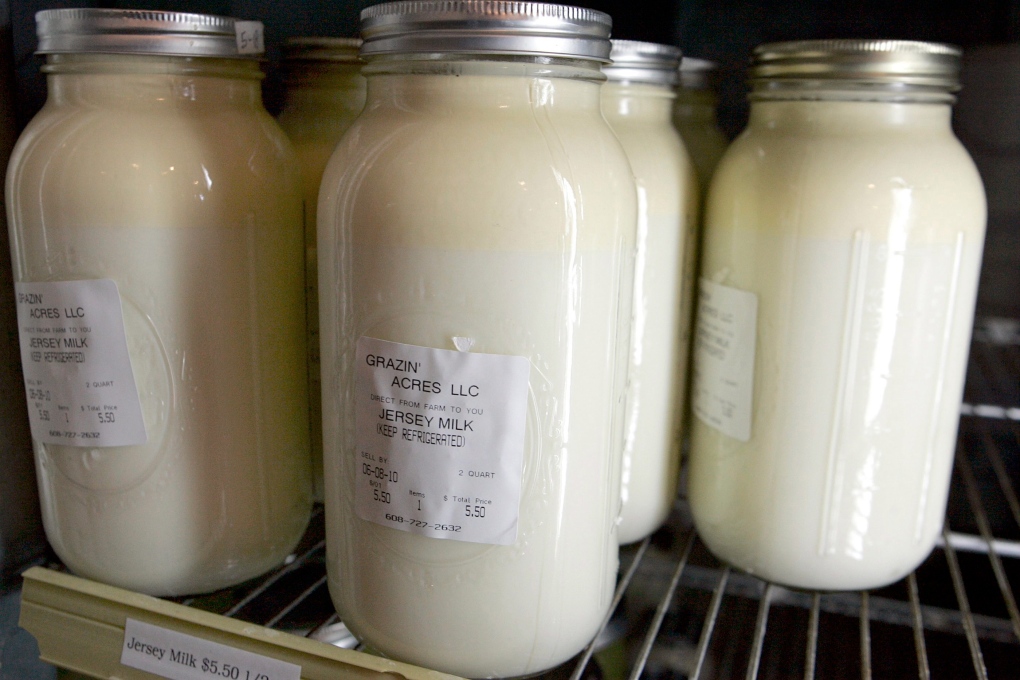 An eastern Ontario farmer is hoping to persuade the province to back down on its long-held stance against the sale and distribution of raw milk as he fights an order to stop selling the product.

Michael Ilgert said he feels it's important to argue his own case despite the fact that the sale and distribution of raw milk remains illegal in Canada.

"People are begging me for milk, and I'm not even allowed to give it to them or sell it to them," Ilgert said in an interview before a Tuesday hearing to appeal the cease and desist order he was issued. "I'm trying to make some changes here. Some positive changes. The government should listen to their own people."

Ilgert said he began offering raw milk in 2010 through a cow-share program, which sees customers collectively pay for the ownership of grass-fed cows that are housed and milked on his property.

He said health officials had inspected the premises at Ilgert's Organic Acres near Golden Lake, Ont. in the past and laid down conditions that he was to abide by to keep selling raw milk.

Ilgert argued he was abiding by all those conditions up to and including November 2016, when the Renfrew County and District Health Unit issued a cease and desist order against him. Under the terms of that order, Ilgert was asked to halt his cow-share operation in order to comply with federal and provincial laws that forbid the sale or distribution of raw milk.

The farmer's appeal of that order was heard by Ontario's Health Services Appeal and Review Board on Tuesday. A decision is expected at a later date.

Canadian health authorities say unpasteurized milk, or milk that has not been heated to a certain temperature, contains pathogens and bacteria that make it unsafe to drink.

Ilgert contests these claims, calling raw milk among the most nutritious foods available and arguing that those who cannot digest pasteurized products have no trouble with raw versions.

Raw milk sales and distributions are banned countrywide, but farmers and their family members may consume unpasteurized milk from their own farms.

Cheese made from raw milk can legally be sold so long as the product is aged for more than 60 days.

There also appears to be little consensus on raw milk regulations among comparable countries.

Ron Doering, former head of the Canadian Food Inspection Agency, said that raw milk is illegal in Scotland but legal throughout the rest of the United Kingdom.

Various states in the U.S. are more or less evenly divided, though commerce of the product between states is banned, he said.

Doering supports the view that raw milk is unsafe, but concedes the topic has proven divisive. He questions whether a ban on the sale of the product is the best approach.

"Just because it's not safe doesn't mean it should necessarily be illegal," Doering said. "The real issue is, if you're going to make that choice, it should be an informed choice."

Ilgert said he was unsure what consequences awaited if his appeal is denied, but he said health authorities could conceivably raid his farm and shut him down.

Ilgert was supported at his appeal hearing by Michael Schmidt, the Ontario farmer who helped put raw milk in the national spotlight with his lengthy court battles.

Schmidt was found not guilty of violating the Health Protection and Promotion Act and Milk Act in 2010, only to see his acquittal appealed and ultimately overturned a year later.

Schmidt launched a counter appeal that went all the way to the country's top court, but the Supreme Court ultimately opted not to hear the argument in 2014. Schmidt's 13 convictions and fine for nearly $10,000 remained in place.