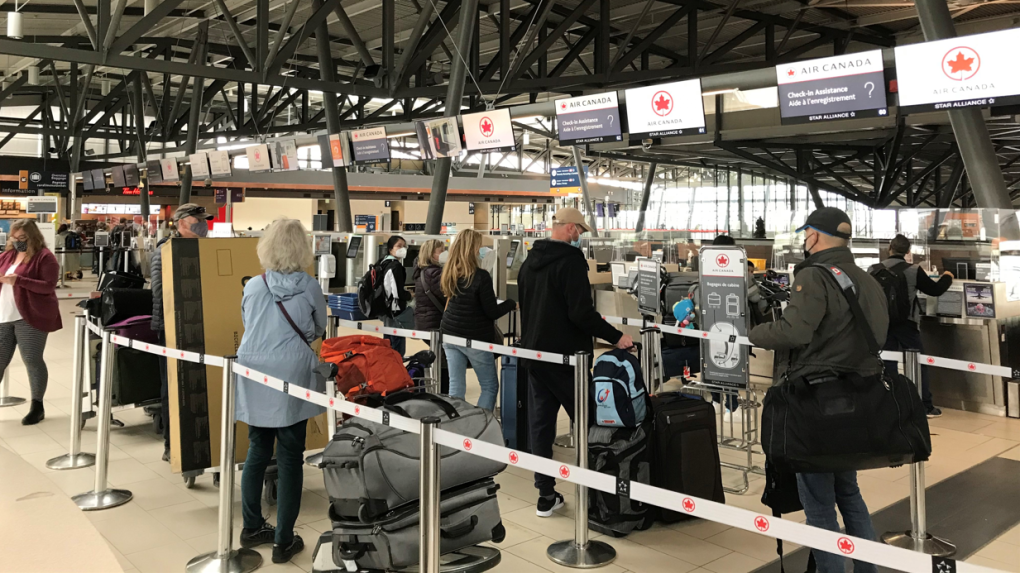 OTTAWA -- International flights will resume at the Ottawa airport next weekend for the first time since the COVID-19 pandemic brought travel to a halt.

Sunwing also plans to add flights to warm destinations early next month. Those flights will initially stop in Montreal or Toronto, but will be non-stop service by mid-November.

Air Canada’s first flight to Fort Lauderdale, Fla. is at the beginning of December, with more locations in the U.S. and Caribbean added as the holiday season approaches. Air Transat is adding flights to Caribbean destinations by the end of November.

The return of air travel beyond Canada is welcome news for the airport, which has taken a huge financial hit because of the reduction in air travel during the pandemic.

About 125,000 passengers passed through the Ottawa airport in September, about 50 per cent of pre-pandemic levels for that month. It’s a big improvement from early in the pandemic, when passenger traffic was as low as 10 per cent of normal numbers.

About 660,000 passengers have used the airport so far this year. Airport officials hope an increase in air travel in the next few months will help them reach the one-million mark by the end of the year.

The airport authority’s CEO estimated early in the pandemic that it could need to borrow $100 million over the next three years to stay afloat.

For much of the pandemic, international flights were only allowed to land at four Canadian airports: Toronto, Montreal, Calgary and Vancouver. Those regulations were lifted Aug. 9.

On Thursday, the federal government quietly lifted its advisory against all non-essential travel abroad.