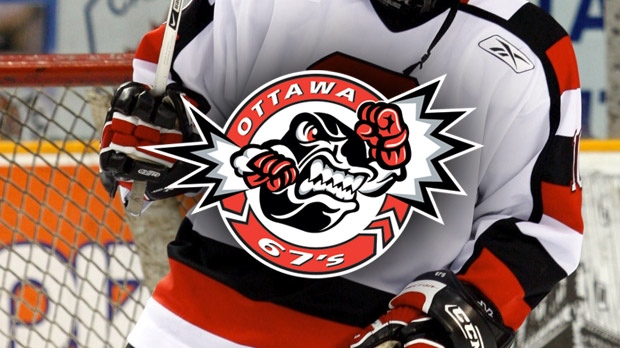 OTTAWA -- Ottawa 67's players are being encouraged to stay within their bubbles after some players were exposed to COVID-19.

During an interview on TSN 1200 with John Rodenburg and Shawn Simpson Wednesday morning, 67's general manager James Boyd confirmed some players had been exposed to the virus, adding he wasn't surprised it happened.

"We have a limited number of players who are in town. Players are still at home across the province, throughout the United States and they continue to train there. We do have a select group of players from Ottawa, who live in the area," said Boyd.

"I can confirm that players have been exposed to COVID over the last month. I can't say, pinpoint exactly where that occurred and we provide all the support to our players, like we would any off-season."

Boyd says some of the players were in self-isolation, but are back training now in the "new normal."

"It's concerning when you get the news there is the potential for sickness there. The only thing to do is to go into lockdown and it's disruptive, but it's the right thing to do," said Boyd.

Boyd cited the confidentially of the players by not saying how many players had been exposed to the virus or if any players had tested positive, adding, "Through the process of elimination, you can figure it out pretty quickly."

"One of the concerning things, whether it is players in Ottawa or players elsewhere in the province or in the U.S., over the last couple of months there have been some concerns from players that they were at school and someone tested positive for coronavirus or at their gym there's been an outbreak of coronavirus," said Boyd.

"It travels extremely fast, we know this especially in that gym setting. You got to be careful, and if there's any sign of trouble then you got to shut it down for 14 days."

The Ottawa 67's have not been on the ice since mid-March when the Ontario Hockey League paused the season due to COVID-19. The OHL eventually cancelled the rest of the regular season and the playoffs.

"The Ontario Hockey League is not operating right now so you got these players, they're all at home and they're training in different scenarios," said Boyd.

"Players, they're getting ice where they can or they're training where they can. They're busy and that can lead to exposure. As much as we can, we encourage all of our players to stay within your bubble."

There is no word on when the OHL will resume training camps and begin the new season.