Ottawa 4th most congested city in Canada according to study 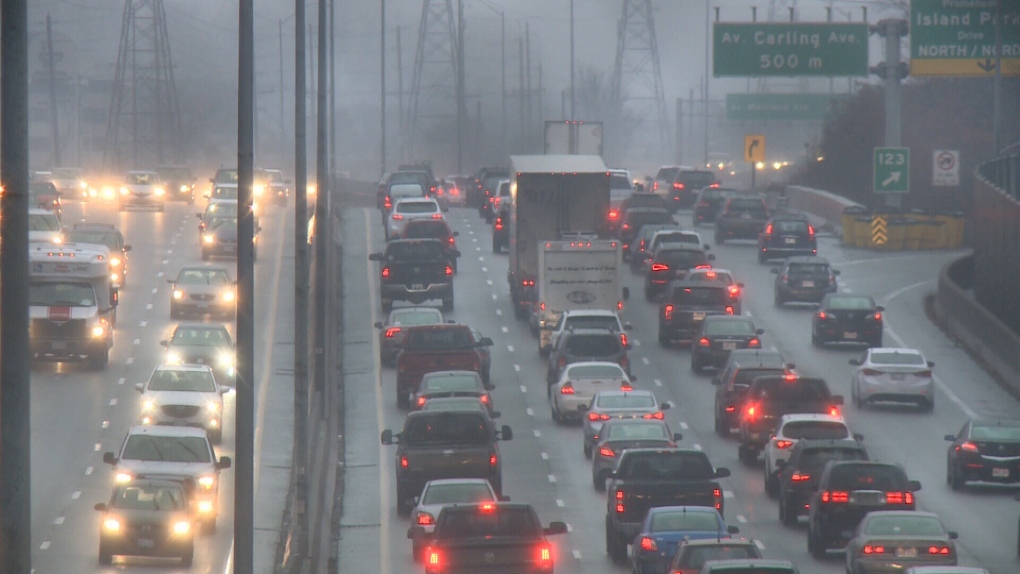 Gridlock on the Queensway in Ottawa.

If you're travelling in from Orleans or Kanata in rush hour traffic, it will come as no surprise to hear that Ottawa has rated fourth in the country in terms of congested traffic, behind Montreal and Toronto.  But it may be a surprise who came in third: St. John's Newfoundland.

On Family Day, the Byward Market area is as busy as it gets in downtown Ottawa; almost gridlock as people tryto find a parking spot to have some fun.

“I find it pretty easy for a big city like this,” says one driver who recently moved to Ottawa from B.C.

But the folks stuck on the Queensway in the daily traffic grind might not use the word "easy".  In fact, a recent study by the transportation analytics firm Inrix puts Ottawa fourth in terms of congested roads in the country, with drivers stuck in gridlock for 31.5 hours a year behind the wheel.  Montrealers will spend 52 hours a year stuck in traffic.  Toronto comes in 2nd at 45.6 and St. John's, oddly enough, beats Ottawa by just a bit at 31.8.

So why does all this matter?  Take Montreal for instance, the country's most congested city according to this study.  Every year, drivers waste 7 million litres of fuel, idling in traffic, which is costly for the environment and costly for drivers, too.

“It makes me crazy,” says driver Shamar Phillips, “Nobody likes traffic, right? Everybody hates waiting a half hour for a 10 minute drive, you know?”

“It means I’m probably in the car a good hour and a half or two hours a day,” says Chris Nikidis, who lives in Barrhaven and commutes to downtown Ottawa for work.

But it's all about perspective, right?

“We’re from Toronto,” says another driver, “so this is not bad at all.  In fact, this is great.”

Not so great is Los Angeles where drivers lose 104 hours a year to gridlock.  Of the 1064 cities Inrix analyzed for this study, Los Angeles topped the list, followed by Moscow at 91 and New York at 89.

“No question we have a congestion problem,” says Ottawa’s mayor Jim Watson, “but nowhere near the problem of larger cities and that's why we are pushing really hard to get the LRT build farther and faster.”

Guy Lafrance and his family, enjoying today’s Family Day at the Rink of Dreams at city hall have skated around that issue, moving recently from the 'burbs to downtown because of traffic.

“That's why we moved,” he says, “I had better things to do than sit in the car.”