Organizers say over 25,000 at Ottawa rally for climate change 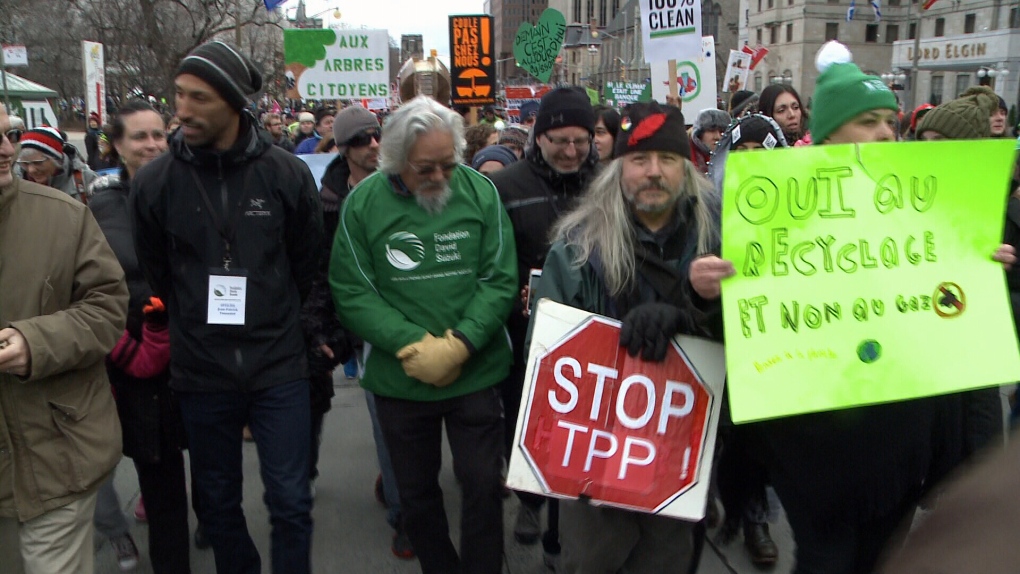 Sunday, thousands of people flooded the streets of downtown Ottawa for a climate change rally.

The 100% Possible climate march calls on governments to move toward 100 per cent renewable energy by 2050.

“This is a critical moment and there’s, I think, enough convergence of thinking, the science and political will, where we can actually make a shift off of fossil fuels to renewable energy,” said Joanna Kerr, Executive Director for Greenpeace Canada.

Demonstrators, who were dressed in green, gathered at City Hall early Sunday. They took part in chants and speeches before marching towards Parliament Hill.

This march is one of thousands happening around the world.  It comes one day before the Paris climate change summit.

“Paris is potentially one of the most important negotiations, or meetings, that we’ve had in a decade or so and there’s, you know, 190 odd countries, saying this is an issue,” said John Stone, Adjunct Professor at Carleton University.

With a new federal government, many at the march said there was renewed hope for Canada to make meaningful changes.

“There was the big announcement yesterday by the government around climate adaptation funding and so here we are, you know, it’s all possible and it doesn’t have to hurt our economy,” said Kerr.

Organizers say more than 25,000 people participated in the march.