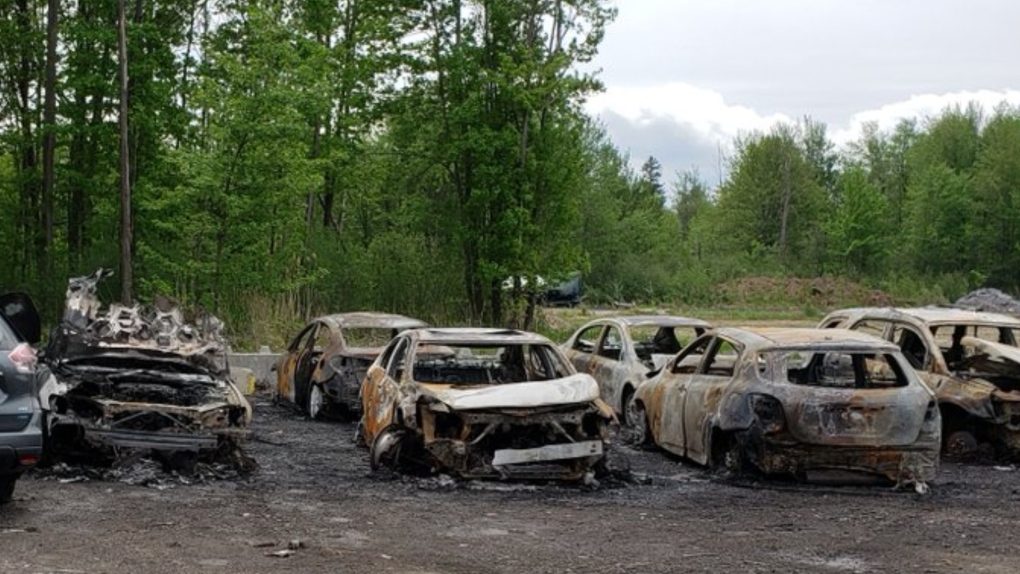 The Ottawa Police Arson Unit is investigating after a fire destroyed several vehicles in a yard off Leitrim Road.

Ottawa Firefighters were called to the scene in the 4000 block of Leitrim Road just after 5 a.m.

A spokesperson with Ottawa Fire says when crews arrived several vehicles were on fire, but no structures were involved.

OPS assisted @OttFire in response to a fire at approximately 5:15am this morning, in the 4000 block of Leitrim Road. The @OPSArson is investigating. No further information is available. #ottnews pic.twitter.com/SSrzvBp3Tv